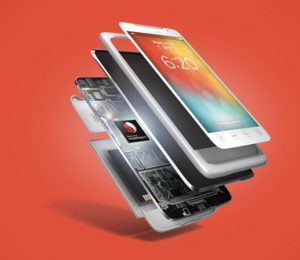 After unveiling the Snapdragon 600 and Snapdragon 800 at CES 2013, American mobile giant Qualcomm has on Wednesday taken the wraps off two new processors. The Snapdragon 200 and Snapdragon 400 join the company's latest lineup for smartphones and tablets, targeting the low-end and mid-range mobile market.

The GPU of choice is the Adreno 305, which comes under the Adreno 320 found in the Snapdragon 600 and Snapdragon S4 Pro. There is support for "key modem technologies", including HSPA+, TDSCDMA and W+G CDMA as well as multi-SIM capabilities. The Snapdragon 400 features LPDDR2 or LPDDR3 RAM and support for up to 13.5MP cameras as well as Miracast for wireless content streaming.

The least impressive of the two, for power-hungry users that is, is the Snapdragon 200. Qualcomm's processor features quad-core ARM Cortex-A5 CPUs with speeds of up to 1.4GHz per core, an Adreno 203 GPU, LPDDR2 RAM, GPS, multi-SIM capability and support for up to 8MP cameras, HD video playback and CDMA or UMTS modems. Nothing shouts high-tech there, but seeing as the Snapdragon 200 aims to conquer the entry-level smartphone market that's to be expected.

Qualcomm did not provide any details as to when we can expect to see the new Snapdragon processors inside new smartphones and tablets.