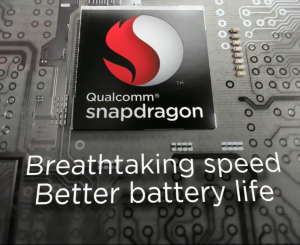 This year Microsoft decided to call it quits on CES 2013 and give up its opening show keynote presentation (even though its CEO Steve Ballmer did make a brief unexpected appearance). Mobile giant Qualcomm took over Microsoft's traditional and highly coveted spot, and made the most of it by announcing the company's new Snapdragon processor line, that will power future mid-range and high-end smartphones and tablets.

The mobile giant decided to bury the S series branding, although the S4 Pro remains a resounding name through smartphones like the Google Nexus 4 and HTC DROID DNA and the recently announced Sony Xperia Z and Xperia ZL. Instead Qualcomm introduced new Snapdragon 600 and Snapdragon 800 processors. The former is similar to the currently available Snapdragon S4 Pro but the latter is a whole new beast altogether.

But let's take them one at a time. The connection between Qualcomm's Snapdragon 600 and Snapdragon S4 Pro processors is fairly obvious as both share the same Adreno 320 graphics card, featured in the above mentioned smartphones. However, the new processor includes a different quad-core CPU. Dubbed the Krait 300, it can run at speeds up to 1.9GHz, 400Mhz faster than the Snapdragon S4 Pro.

The processor also utilizes LPDDR3 RAM (Low Power Double Data Rate 3), which paired with the other components allows the Snapdragon 600 to be up to 40 percent faster compared to its predecessor. Qualcomm states that the Snapdragon 600 is being sampled by manufacturers, and that it will be available inside new products, smartphones and/or tablets, by Q2 2013.

The star of the show however is the Snapdragon 800 processor, which is both faster and more impressive from a technological standpoint. The Snapdragon 800 utilizes a quad-core Krait 400 CPU which can operate at high speeds, of up to 2.3GHz per core. On the graphics front the processor features an Adreno 330 GPU which Qualcomm says can offer 2x better compute performance compared to the currently available Adreno 320.

The Snapdragon 800 sports 2x32bit LPDDR3 RAM running at 800MHz, giving it a large 12.8GBps memory bandwidth. As with any high-end respectable processor it also comes with 4G LTE cellular connectivity, but with Cat 4 speeds meaning up to 150Mbps download. For those early adopters of 802.11ac the Snapdragon 800 does not disappoint either, as it also embraces the latest wireless standard for speeds up to 1GBps.

Other noteworthy features of the Snapdragon 800 include UltraHD, also known as 4k, video playback and recording, HD Audio, dual Image Signal Processors (ISPs) that have the potential to aid in creating 55MP images. Qualcomm says that the Snapdragon 800 can deliver up to 75 percent better performance compared to the Snapdragon S4 Pro.

The mobile giant aims the Snapdragon 800 at smartphones and tablets as well as Smart TVs, among other devices. The commercial availability is expected to occur in mid-2013.

6 Responses to Qualcomm unveils the Snapdragon 800 and 600 processors, says goodbye to S series