Microsoft should either piss or get off the pot 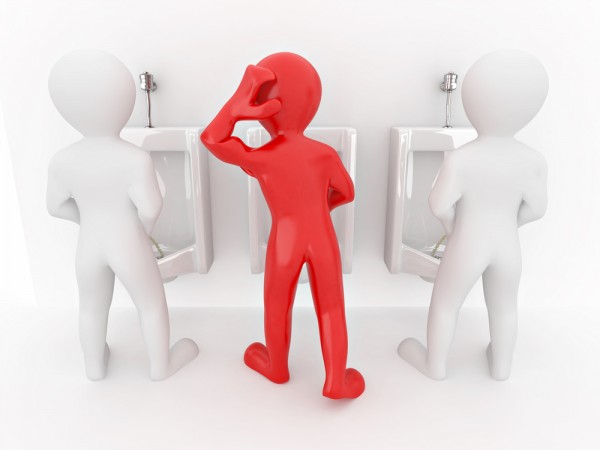 Late last month, I wrote about how NUI (natural user interface) technology is Microsoft’s Trojan horse to draw consumers to the company's latest and upcoming devices. I definitely see a key technology strategy, but is it enough?

Kinect got the attention of many consumers, who were not considering the Xbox, and it sold a ton more consoles. But did Kinect keep consumers interested? How many people actually continue to regularly use the controller? In the same way, if Microsoft integrates deep natural language voice-controlled interfaces and camera-based gesture inputs into its next round of products and services, the company could easily get consumer attention and sell more phones and Surface tablets. That's not enough. What must Microsoft do to ensure these consumers remain interested in their new devices and services?

I have a few ideas.

1. Market like crazy. Do so in a way that shows benefits. I have a problem with the current Surface commercials, including those for the model running Windows RT. While they appeal to me and I think Microsoft does a great job at airing commercials often, dancing office people and school girls is not enough to convince anyone to spend my money on Surface rather than an iPad.

Samsung and Amazon do a fantastic job at showing why their products are better. Surface marketing needs to be more direct. I’d like to see advertising across all products focus on specific features in comparison to Microsoft’s biggest competitor in that category.

I don’t want to sound all doom and gloom. Microsoft should be applauded for its marketing efforts so far. It’s refreshing to see the large numbers of the commercials (even Outlook.com!) during some of the biggest TV watching times of the year. Marketing this way shows users who have already adopted the product why their purchase was the right one and those who are sitting on the fence why they need to buy already.

2. Open up Xbox gaming. This could be an article all by itself and probably should be. (Editor: Don't tease us, write it.) Gaming is a big deal and could be the major way Amazon, Google and Apple take the living room from Microsoft. It’s Microsoft’s place to lose anyway. But the company doesn't have to lose anything -- if it opens up gaming/apps platform to all devs. Xbox currently allows indie devs to create Xbox games at $99/yr. Microsoft needs to go further and allow devs to create media apps as well.

Finally, I think it’s time Microsoft turn on pause/resume/play anywhere gaming. Skulls of the Shogun is a great peek into the future of gaming on Microsoft’s platforms -- takes advantage of pause/resume across a Windows PC, Phone, Surface and XBOX console. But other platforms already do this. The true nirvana of gaming would be real-time, multi-player, multi-device gaming.

3. Release a smaller Windows tablet. Surface RT and Surface Pro are great devices, and I wholeheartedly agree with Microsoft’s decision to not sell them for $300 or $600, respectively. That would have been a death spiral to the bottom. However, I think Microsoft definitely needs a device or two at the 7-inch screen size and $200 price point. This device should be able to handle gaming and media consumption and allow for content creation.

Let me explain. Microsoft entering the 7-inch slate space with a Surface RT device would not be enough. To differentiate, the company needs a device that is not only awesome at consuming content but can be docked with a Surface station that allows the user to take advantage of desktop apps like Office. Then you would have a 7-inch device that costs $200 and clearly would be a market differentiator. Who knows, maybe this device could even run a version of Windows 8 Pro.

4. Update apps faster. I don’t have a problem with companies releasing beta products to the masses. Apple did with Siri, and now Microsoft does so with Xbox Music and other apps within Windows 8, but without calling them betas. Considering how abysmal they are to use, they must be beta products. Especially Xbox Music.

If you were a Zune user and subscriber like myself, you know full well the uselessness of Xbox Music right now. But this product launched almost four months ago and has only seen minor bug fixes and performance updates. For Microsoft to compete in this new consumer music space, the company must provide feature updates at a much faster pace. Once-a-year updates is not enough for a company trying to fight its way into the consumer market. Updating Windows once-a-year makes sense. However, updating Xbox Music, Internet Explorer, and other apps once-a-year is simply not going to cut the mustard.

5. Win back developers. Microsoft has lost developers. App development is not happening on Microsoft’s platforms as it should, and this is a problem. How can Microsoft fix it? Copying what Apple and Google are doing is not enough. Microsoft can differentiate app development by enabling developers to write an app one time and allowing that app to run on the phone, PC, tablet, and even the Xbox. I cannot imagine how many developers would jump at the opportunity. Microsoft’s development tools are already some of the easiest to use compared to other platforms, but the mobile device story is quite lacking right now.

Microsoft no longer deserves a pass. When you’re the underdog and you make it known that you want to enter the mobile computing fight for the hearts and minds of consumers, you cannot release devices and services that look like you’re merely playing catchup. Either piss or get off the pot. Microsoft has shown that it is capable of producing stellar hardware (Surface), and a rapid update cadence (SkyDrive). Microsoft must leverage this across the entire organization, and consumers deserve to see the results this year.

I personally will no longer give Windows platforms a pass for lack of apps. In fact, Microsoft deserves to be held to a much higher standard than Apple, Google and Amazon. The company has the resources, the money and the smarts to produce stellar devices and services. It’s time for Microsoft to put its money where its mouth is.

Microsoft cannot go through another year releasing me-too products. Windows Phone needs to surpass anything Google and Apple offers from a feature-by-feature comparison, as well as hardware and app development perspective. Xbox needs to establish itself as the media brand for music and video and all other living room entertainment. Windows needs to evolve the world of computing and change the way we interact with devices and access our content.

An OS that allows me to create, and consume, that is married to compelling hardware, is a good start and definitely differentiates Windows 8 on Surface Pro from anything on the market. With Surface Pro and Windows 8, Microsoft may have created a new category of computing called the super-tablet.

I love a good underdog story. And I love rooting for underdogs. But I won’t hold my breath on this one. NUI gets consumers' attention, but Microsoft needs to execute in other key areas to gain traction in the consumer space. Hopefully the company can pull it off in 2013.

What else do you think Microsoft needs to do besides NUI?