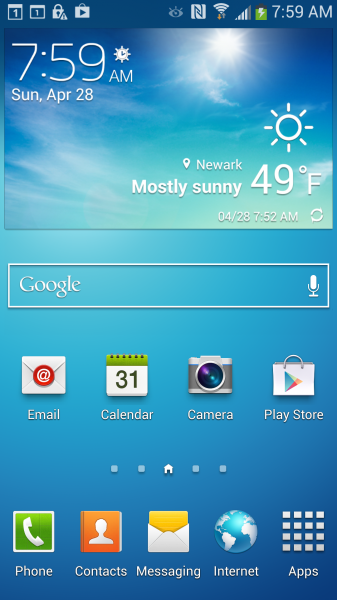 After a year-and-a-half on an iPhone 4S, I'm now on the current cutting-edge of smartphonery: Samsung Galaxy S4. I've used the phone for almost 3 days now. It's good. I'm excited. Are there any ball games on tonight?

Where was I? Oh yeah, the phone. I'm so excited that I could...do something that excited people do. Honestly, it's a phone. It's a very nice phone with some great features, a great physical design and a lot of bling features that I'll probably never use. I can believe it's the best of the Android phones, but I haven't tested all the others.

The GS4 was not my first choice. What I really wanted was a Windows Phone, but two problems stopped me: There are still a number of severe gaps in the app ecosystem, which I find surprising at this point. The market share may seem small, but Windows Phone user base is large in absolute numbers. As my colleague Joe Wilcox wrote two days ago, Windows Phone adopters tend to be first-time smartphone buyers, so they haven't established app preferences. It's an opportunity for both the big and small companies. And yet, there's still no Adobe Reader for Windows Phone and the Microsoft PDF reader is a piece of garbage.

I still might have sucked it up and gone ahead, but the Nokia 920 -- clearly the best Windows Phone and one of the best phones of any type has a sealed battery -- and I will never again buy a phone with a sealed battery.

So Android looked like the logical choice, and Samsung the easy decision. The electronics giant's phones aren't just popular, they're highly-regarded and have the richest ecosystem outside of Apple's. Right around this time the Galaxy S4 became available so I pre-ordered, and AT&T delivered early.

Unfortunately, when trying to activate last Saturday I ran into a problem: To do so online you need an order number and an activation number. I had no activation number because my online order status was still "preordered", even though I had the phone for a couple days. Calling support deliverd bad news: they are only available Monday-Friday (even though the webpage says they're also open on weekends) and support chat was offline. Monday morning I activated GS4 on the phone with customer service, but it took almost half an hour because of the confusion in their systems.

But the display differences, at least in specs, are still profound: The GS4's screen is 130 mm diagonal vs. the iPhone 5's 100 mm, the GS4 resolution is 1920 x 1080 vs. the iPhone 5's 1136 x 640 and pixel density is 441 to 326, in favor of the Samsung. Obviously the size difference in screens stands out, but the quality difference? I'm of the opinion that the iPhone 5 meets or exceeds my "as good as I'll ever be able to discern" standard. I can't see any quality difference in the GS4, but I'm sure others can (especially after being informed of the specs). 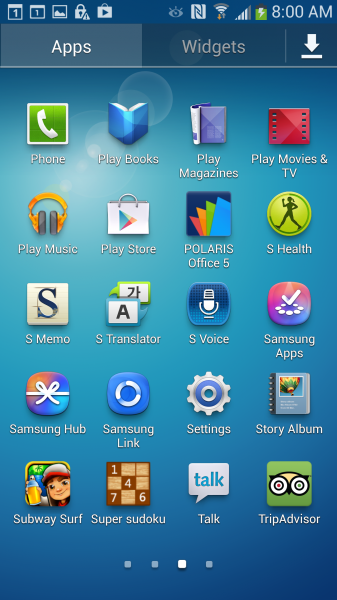 Beyond the physical phone, Samsung has put a lot of resources into customizing this distribution of Android to distinguish it from others. You'll never hear them use the word "Android". It's all a Samsung product.

To me, the most impressive and useful distinction is the ability, which Samsung has had for almost a year, to run two apps at the same time on the screen. I expect to use this a lot, even though only a few apps work in this mode. The South Korean company also has better security features for centralized device management than other Android vendors -- and for some time -- and are increasing that lead, not that any of this applies to my phone.

Too Much of a Good Thing

I don't expect to use most of the new stuff in the GS4. I'll likely end up disabling all the off-screen gesture stuff ("Air Gestures"). It's too easy to invoke by accident and works badly in my admittedly-brief testing. The Air Gestures use a sensor at the top of the phone to allow you to:

Finally, there is Smart Screen, which is probably the most publicized feature of Galaxy S4. The sensor and camera look at your eyes to determine what part of the screen you're looking at and use that to scroll the content as appropriate. I really did try this and couldn't get it working. Maybe I could with some more effort, but what I can't get myself to do is care. A friend who has tested it is more hopeful.

All the conventional Android stuff like widgets is there, too, and all the apps. So far I think probably made the decision, but I'm not excited like the people on the Samsung TV commercials. It's just a phone, and the thrill is gone.