Google’s self-driving cars gather nearly 1GB of sensor data every second -- would you trust them? 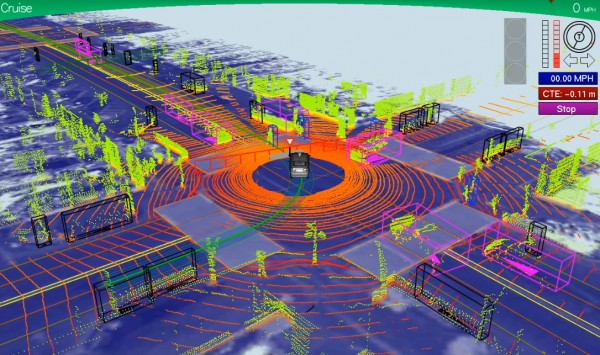 While all the press attention is focused on Google Glass, there’s another even more life-changing invention continuing to be developed and refined at Google. The company’s self-driving cars have already driven more than 400,000 miles without an accident (there have been two crashes -- in the first the Google car was rear-ended at a stop light, and in the second it was being driven by a human).

Although they won’t likely become commonplace on our roads for another 15 to 20 years, make no mistake, driver-less cars are the future, and will have lots of benefits. Aside from reducing accidents, they’ll be able to travel much faster -- no need for speed limits -- and give passengers (and we’ll all be passengers) time to do other things. Forget working from home, you’ll be able to work from your car.

Eventually it will also mean driving under the influence will be a thing of the past, as will road traffic cops.

Of course it all depends on how well, and how quickly, our governments embrace the idea. Will we see secondary super-fast roads just for driverless cars? Will self-driving vehicles be allowed to drive on regular roads alongside human drivers (certainly that’s the goal)? And will human drivers eventually be outlawed?

It still seems very much like a science fiction story, but it’s very real, and at the weekend Google dropped an interesting snippet of information. In order to intelligently make decisions, its self-driving cars gather some 750MB of sensor data every second.

In a LinkedIn post today, Bill Gross, founder and CEO of Idealab shared an image of what Google’s self-driving car "sees" while it is about to make a left turn. He says:

It is capturing every single thing that it sees moving -- cars, trucks, birds, rolling balls, dropped cigarette butts, and fusing all that together to make its decisions while driving. If it sees a cigarette butt, it knows a person might be creeping out from between cars. If it sees a rolling ball it knows a child might run out from a driveway. I am truly stunned by how impressive an achievement this is. I believe that this is an UNDER-hyped revolution in the making.

He also posted another image from the same set. 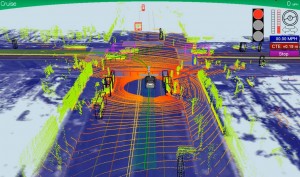 There’s no question Bill Gross is right. This is an under-hyped revolution in the making, but is it one that drivers will embrace? Maybe in 15-20 years we’ll be so plugged in that we won’t think twice about handing over the keys to a computer chauffeur. But at the moment I think certainly outside of the real gridlocked cities, people like to drive and trust in their own abilities behind the wheel.

If you’re in a car, and you suddenly see an accident up ahead, would you trust a computer -- with all its high-tech data gathering sensors -- to make the right choice to avoid it, or would you prefer to be the one taking action?

I’d love to know your thoughts on this subject, so leave your comments below.

22 Responses to Google’s self-driving cars gather nearly 1GB of sensor data every second -- would you trust them?