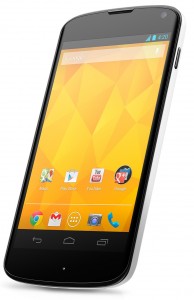 The rumors were true! On Tuesday, South Korean manufacturer LG revealed the new Nexus 4 White. The smartphone features the same hardware specifications as its black sibling, which was announced in late-October, and runs Android 4.2 Jelly Bean.

LG revealed that the Nexus 4 White arrives in Hong Kong first, on May 29, followed by select markets in Asia, Europe, Middle East and North America "over the next several weeks". There is no word yet on pricing or if Google will also offer the smartphone (in white) in its Play store.