This is why you dislike Bing 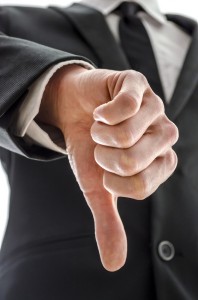 I love Bing. There aren’t many products (Xbox) that I’ll admit to being a fanboy of but Bing is getting pretty close to that status for me. I’m an oddity because most people don’t use Bing at all; either because they’ve used it and didn’t get the results they wanted, or based on word of mouth about it being so terrible. I don’t know where you fall, but I would bet most of you reading this don’t use or even like Bing. That’s unfortunate because you’re missing out.

Yes, Bing is good. But why do so many people hate it? Why do so many googlers refuse to even give it a try? Why do those who actually do give it a try, enter one search query, fail to get the results they want, and go back to Google, never giving Bing a second chance?

In April, SurveyMonkey conducted a study comparing Bing and Google. 641 test participants were given two pages of search results, one with Bing branding and the other Google, and were asked which results they preferred. Participants preferred the Google results.

When you look at both studies an interesting thing appears: more people preferred the Bing results labeled Google than the Google results labeled as Google. According to Matt Wallaert of the Bing team:

Before explaining the psychological forces at work here, let me put to rest any concerns of corporate trickery. Bing wasn’t involved in this study in any way. We didn’t even know it was happening until after the results were released, and since Google recently became a prominent investor in SurveyMonkey, it would be hard to argue that SurveyMonkey had a pro-Bing bias. To the best of our understanding from the outside, this was impartial, data-driven research done by an internal team at SurveyMonkey.

He goes on to explain why people chose based on brand rather than quality. The explanation is found in a psychology concept known as confirmation bias. According to the most accurate encyclopedia on the planet (that was a joke), confirmation bias is a "tendency of people to favor information that confirms their hypotheses".

Confirmation bias has to do with how people process information, particularly any way in which people avoid rejecting their assumptions whether they are searching for evidence, interpreting it, or recalling it from memory.

The Search for Evidence

In this bias, people hold a hypothesis which they assume to be true. They test it in such a way that requires an affirmative answer that supports their hypothesis. In other words, they tend to look for the evidence they would expect if their hypothesis were true. For example, if I assume Bing returns bad results, then I would be intentionally looking for all the bad results instead of the good ones.

Information is remembered selectively. That means that when a person has a positive experience with a service they inherently have a negative assumption about (i.e. Bing) they will only remember the ways in which that service provided a negative experience.

The point I am trying to make is this, perhaps confirmation bias is the reason why Bing is hated by so many people. Regardless of the fact that in some cases Bing still lags behind Google, in pure search results, I can count on one hand in the past two years where Bing has failed me. From the Bing blog:

Think of it this way: have you ever tried using Bing, not found what you wanted, and then immediately went back to using Google because "Google is better at search"? But then when you use Google and it doesn’t give you the right results, you change your search and try again because you "searched wrong", rather than giving Bing a try? That’s the confirmation bias: if you were truly trying to find out which search engine was better, you’d give them an equal chance to give you right and wrong answers.

This happens a lot. I’ve had people tell me that they’ve tried Bing and did not find what they were looking for. But something tells me that they were not looking hard enough because they didn’t overcome their inherent bias against Bing. I understand that Bing is not perfect and still has some growing to do. Remember, Google wasn’t perfect either and it took time for it to grow into what it is today. Bing is innovating at a rapid pace and although I would love to see it add features a little bit quicker, I’m a happy Bing user.

My solution to this problem is this. Try Bing for 30 days. In other words, use Bing and nothing else for 30 days; use the maps, local search, general search, images and travel for 30 solid days and let me know how it goes. This is what I did back in 2010, about one year after Bing launched. I decided to give it an honest try. And I haven’t been back to Google since. Yes, I occasionally use Google when I don’t find what I need on Bing, but eventually I will stop using Google altogether because this behavior has not yielded any positive results for me: if I don’t find it on Bing, I typically don’t find it on Google either. Bing is just that good.

138 Responses to This is why you dislike Bing