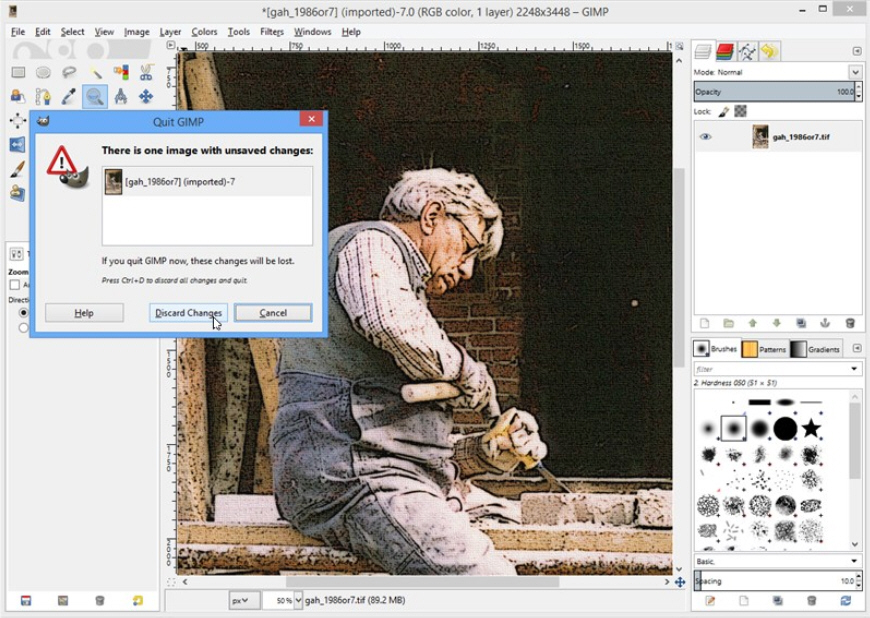 Popular open-source image-editing tool GIMP 2.8.10 FINAL has been released by the GIMP Development Team. The latest version of the cross-platform image editor includes a key fix that restores compatibility in OS X Mavericks, plus tweaks the Save/Export code to simplify both operations.

The new release is accompanied by the release of version 2.8.1 of the GIMP Manual, an online version of which can be accessed here.

Version 2.8.10 primarily concerns itself with bug fixes. The key fix allows GIMP to work in OS X Mavericks, while the core’s single change sees the manifest as being set as Windows 8 compatible.

GUI tweaks include an indication if a file was exported in the Quit dialog box. This is accompanied with shortcut and hint labels that are added to the Close and Quit dialogs to make closing and quitting easier and more consistent.

The File > Export menu labels have been renamed to Export and Export As to match Save/Save as, while GIMP will no longer bombard the user with loads of progress bar pop-ups when opening a large number of files. It should also now correctly restore the hidden state of docks when used in single-window mode, while keyboard shortcuts in OS X Mavericks have also been mended.

Other fixes include two for Libgimp, one which resolves exporting an image consisting solely of a single layer group, and another that prevents it from attempting to pick transparent colors. The LCMS plug-in should no longer crash if the RGB profile is missing,  while the update is rounded off with more unspecified bug fixes and translation updates.

GIMP 2.8.10 FINAL is available now as a free, open-source download for Windows, Mac and Linux.