Android 4.4.2 KitKat now available, here's how to install it 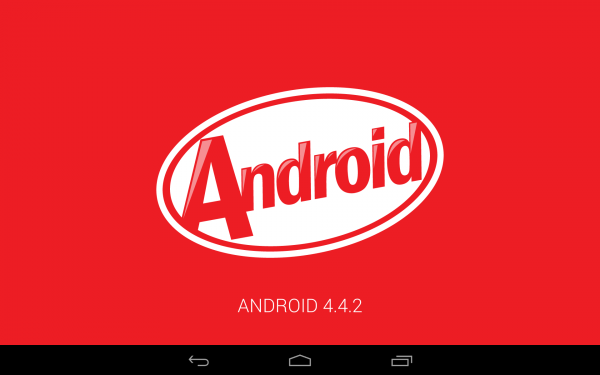 Mere days after Android 4.4.1 was released, Google is rolling out Android 4.4.2 for compatible Nexus devices. The latest version is more of a modest upgrade, compared to its predecessor which delivered noteworthy improvements to the Nexus 5 camera, as it mostly squashes a few bugs.

Android 4.4.2 fixes issues with clearing and delivery of the VM Indicator, according to US mobile operator Sprint, and other bits of the mobile operating system. There are also security enhancements introduced in the latest version of KitKat.

In order to upgrade to Android 4.4.2 you will need the corresponding OTA file for your Nexus device. These will allow you to install the latest version of KitKat, by upgrading either from Android 4.4 or Android 4.4.1 (depending on which version you already have installed).

Finally, follow the guide I wrote for upgrading to Android 4.4 in order to update the software on your compatible Nexus device to the latest version of KitKat. Go through the same steps as presented in the article, but use the Android 4.4.2 KitKat OTA file instead.

8 Responses to Android 4.4.2 KitKat now available, here's how to install it