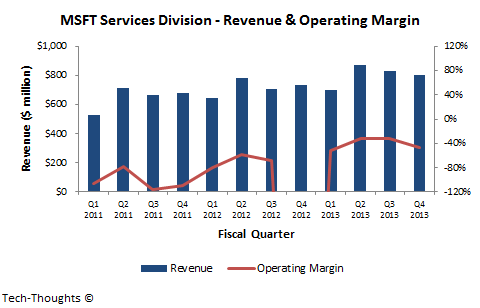 Earlier this week, Nokia announced a line of Android-based smartphones with a combination of Nokia/Microsoft services replacing Google services. While some industry observers were quick to praise this move, there are many unknowns about the goal of this strategy.

In my opinion, Microsoft is following one or more of four possible game plans.

Nokia's stated goal is to use the lower-cost Nokia X line to bring new users onto Microsoft's cloud platform and then eventually "upgrade" them to the Lumia/Windows Phone device ecosystem. I've previously said that forking Android to push Microsoft services is the right move, but this particular approach is fraught with execution challenges. Microsoft seems to be betting on the stickiness of its services ecosystem over that of the Android app ecosystem (assuming developers port apps in the first place). I'm not so sure if that's a great bet.

From my post on usage based segmentation, customers from the "low-end" communications segment will not necessarily be attracted to an app ecosystem, but those from the "high-end" pocketable computing segment will. Therefore, even if the Nokia X succeeds in attracting developers and customers, only the "low-end" segment will consider "upgrading" to a Windows Phone, while the "high-end" segment moves on to other Android devices.

Outside of Nokia, it has always been difficult to find OEMs enthusiastic about Windows Phone. With the Nokia acquisition, it is conceivable that Microsoft's OEM relationships have been strained even further. Nokia's Android devices may be one way of showing OEMs that Microsoft has taken a hands-off approach. With Microsoft's recent push to get Windows Phone onto lower cost devices, the Nokia X may have played a crucial role in allaying OEM fears about Nokia favoritism. That said, this is unlikely to have a lasting impact unless Windows Phone sales pick up.

This is the narrative often repeated by the tech media. Nokia may have used the Nokia X as a bargaining chip in negotiations with Microsoft. If this was the case, Microsoft could opt kill the product line as the acquisition closes.

There are a couple of facts that support this theory -- 1) Microsoft's response to the Nokia X was noticeably tepid, and 2) The "Nokia X" branding is obviously temporary because Microsoft does not have the rights to use the "Nokia" brand on anything but S30/40 feature phones.