Chromebook belongs to computing's past, not its future 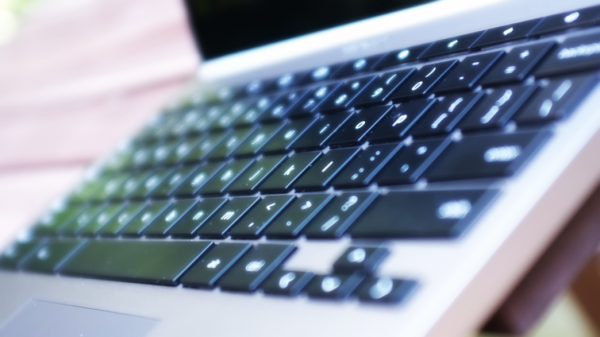 Early this evening, I exchanged emails with someone writing a blog post about Chromebook. He seeks sales numbers that I doubt are available. Success is a difficult measure despite the hype. In January post "The trouble with new Chromebooks" here and "Twenty-Fourteen isn't Year of the Chromebook" on my personal site, I raise questions about the computer's future.

I extend reservations in the text of my email reply, which follows.

I really like the Chromebook concept. Easy and familiar.

But Chromebook in the end is a Trojan Horse for Google products and services. While bloggers and social sharers rake Microsoft for Scroogling Chromebook, long term the marketing may be more truth than myth. Every Chromebook requires Google Account and all the collected services around it with which to profile users and profit from them.

The PC as we know it is quickly evolving into something else. P in "personal" isn't the personal computer but the mobile device you constantly carry and from which you engage all your most intimate interactions. Anytime. Anywhere.

As voice and touch replace keyboards, devices like smartphones and phablets make more sense, particularly considering what kind of content most people produce. Do you really need Mac, PC, or even Chromebook to tweet or socially share? Then there is the actual content that most people produce -- short texts, photos, videos, and various mashups. No one needs a honking PC or underwhelming Chromebook for that. Where are the apps for producing all this non-document content? Mobile devices.

Chromebook is an aberration, only made possible by Google’s sync smarts and supporting services platform. I would look to the ecosystems for answers, because the sales numbers won’t reveal much -- Chromebook's market share is too small for meaningful comparison and any growth off of a small base is too unreliable. The ecosystem with pull, outside of the business and education markets, is mobile, whether dedicated apps or web apps. By that measure, all traditional PCs are past their prime, including Chromebook.

Just my two cents of analysis.

I started the year publishing ebook Chromebook Matters, which calls Google's laptop a "revolution". But not all revolutions succeed. Chromebook comes during a transition phase between computing eras -- the personal computer and what author's Shel Israel and Robert Scoble call the Age of Context. When voice and touch matter more -- and they will as primary user interfaces -- keyboard and mouse mean less. Chromebook belongs to computing's past, not its future.

110 Responses to Chromebook belongs to computing's past, not its future