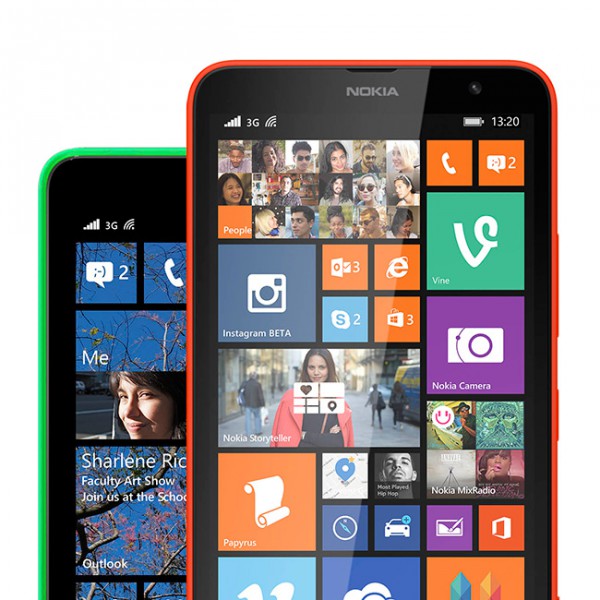 Today, Microsoft announces that the highly-anticipated Nokia Lumia Cyan firmware upgrade, that comes with Windows Phone 8.1 in tow, is now finally rolling out across the globe for the existing Nokia-branded Windows Phone 8 lineup.

On top of what Windows Phone 8.1 brings to the table, the Nokia-branded firmware adds new and updated apps, like Nokia Camera, Nokia Creative Studio and Nokia Storyteller, which offer imaging improvements, better photo-editing tools, and more picture-sharing options, respectively. There is also Nokia Device Hub, which features a list of all connected accessories with their last-used location for easy tracking.

Lumia devices which have come with HERE Drive, like the popular Lumia 520, and Lumia 720, now get a free upgrade to HERE Drive+. The main advantage is the ability to use the navigation app, with turn-by-turn directions, globally, instead of just the country where the user resides.

Smartphones like Lumia 1520 and Lumia Icon also get improvements the audio quality of recorded videos, courtesy of Nokia Rich Recording and Dolby Digital Plus 5.1, as well as better image quality, as detailed in a story I wrote previously.

You can check the availability of the Nokia Lumia Cyan firmware upgrade by hitting this support page. In North America and Europe, for instance, it is listed as "Under testing" for all Windows Phone 8 devices. Unless this changes soon, it might take a while before it is finally available to install.