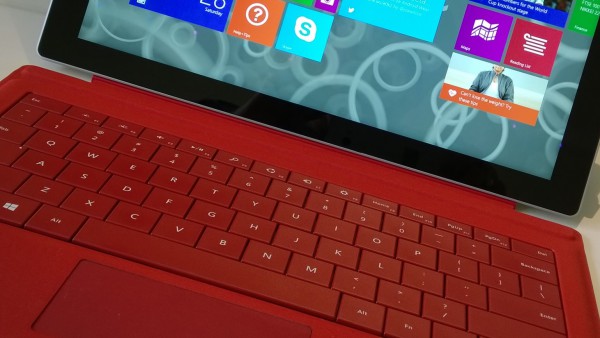 I understand that it's the dog days of summer, when news is light, readers vacation, and writers struggle to produce current content. So I'll forgive colleague Mihaita Bamburic, for his misguided attack against Surface Pro 3. He asserts that Microsoft markets the computer to the "wrong crowd". If that would be tech writers, he gets a nod. Otherwise, I shake my head and point a finger.

I've read this misguided diatribe before, from tech reviewers switching to the Microsoft PC from an Apple, but never expected it from him. As someone who has bought and paid for MacBook Air and Surface Pro 3, I say that Microsoft's marketing is spot on target. The problem isn't the potential consumer buyer but geek writers, particularly those already using Macs.

Mihaita has the misfortune of pushing one of my buttons this fine August day. Not long after Microsoft started sending out Surface Pro 3 review units, several reviews took the MacBook Air marketing to challenge. They switched and then dissed the advertising, missing the point: They aren't the target market. My colleague makes similar misjudgment.

"Surface Pro 3 is for Windows users looking to minimize device clutter", while "on the other hand, MacBook Air targets Windows and OS X users who are looking to get what is probably the most well-rounded ultrabook on the market today", Mihaita asserts. Really now. Based on what market research does this assertion come, or from what first-hand experience?

I wasn't a Windows user before buying Surface Pro 3, for example, and I chose the tablet in part because I see at it as "the most well-rounded ultrabook on the market today," using Mihaita's words. It's a tablet, laptop, and touchscreen notebook.

"Microsoft makes this mistake in a series of Surface Pro 3 ads, in which it relies on features like a touchscreen, stylus or detachable keyboard to crown Surface Pro 3 as the winner in a specs battle against MacBook Air, like the two are generally cross-shopped", Mihaita writes. People cross-shop all the time. Microsoft emphasizes benefits that MacBook Air lacks, like touch on a mainstream PC. The Apple customer must buy a laptop and tablet to get the same benefits.

Do the math. Entry-level 11.6-inch MacBook Air and iPad Air sell for $899 and $499, respectively. That's $1,398, combined. The Surface Pro 3 with same storage capacity as MBA costs $1,177.99 with keyboard cover and Office 365 subscription. Microsoft knows exactly who it's selling to: People looking for the benefits of a tablet and laptop, without buying both, and spending less to get more. The value proposition improves as potential buyers consider higher-capacity iPads or MacBook Air's considerably lower screen resolution.

Potential buyers "have to be fine with a tablet with a large screen running the tiled operating system, that is very expensive and does not come with a keyboard out-of-the-box, to consider Surface Pro 3. Those are not your run-of-the-mill consumers". They are run-of-the-mill consumers -- unless Apple and all its hardware partners are all dimwit for selling tablet keyboards. Among Apple's iPad Air marketing taglines: "Desktop-class architecture. No desktop required". The company clearly in this, and other messaging, pitches iPad as a PC alternative -- as does Microsoft with Surface Pro 3. So if one is ditz-for-brains, isn't the other?

Many of the MacBook Air-comparison naysayers gripe about extra cost of the keyboard. Suck it up. Many buyers will want a larger tablet. Microsoft keeps cost down, and margins up, by selling the two pieces separately and by giving customers want they do want and, for some, not imposing gear they don't want to pay for.

"Swaying would-be MacBook Air owners in the hybrid's direction is not a simple matter of touting feature benefits, as in Surface Pro 3 can be more and do more than MacBook Air", Mihaita asserts. Eh, no. Microsoft's target isn't "owners" -- this isn't a pitch to convert the Mac faithful.

The majority of PC owners run Windows. Microsoft pitches to consumers who look to defect, not buy another Mac. Surface Pro 3 fills a gap MacBook Air and many ultrabooks don't: tablet utility and touchscreen laptop. Then there is the stylus, which from my experience talking to actual buyers at Microsoft Store, appeals to artists.

Surface Pro 3 has its problems, mostly because of Windows 8.1, I'll address them in my eventual review -- and they are reasons to consider another platform, which easily could be MacBook Air. As for marketing, Microsoft is smart to highlight vacancies in Apple's portfolio of mobile device benefits and fill them with an appealing alternative.