Windows 10 Technical Preview for ARM tablets, smartphones will only come next year 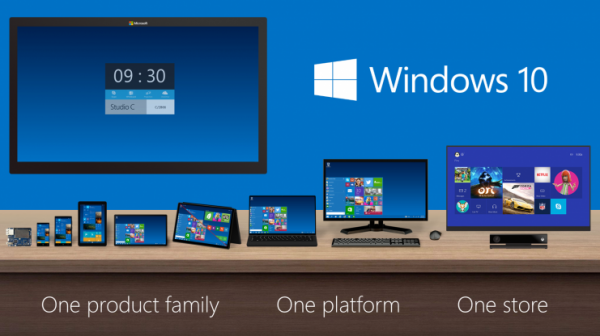 When Microsoft took the wraps off Windows 10, the software giant informed us that its latest operating system, which officially launches next year, will run on all sorts of devices, including PCs, smartphones and tablets, and feature a unified app store. Both are firsts, as, so far, there was a Windows to suit everything: one for ARM tablets, one for PCs, one for embedded devices, one for smartphones and so on. Of course, the Server editions will not go away, but that's to be expected.

As a Windows Phone user and watcher, I am particularly interested in seeing Windows 10 in action on smartphones. Microsoft has talked quite a lot about what the new operating system brings on PCs and tablets -- it even released a Technical Preview build for x86 devices -- but kept quiet about its plans for smartphones. Well, that has changed, thanks to Joe Belfiore, the software giant's Operating Systems Group corporate vice president (better known as the head of Windows Phone).

Answering fan questions, Belfiore has revealed on Twitter that Windows 10 Technical Preview will be available for ARM-based devices -- that would be tablets and smartphones, as far as most of us are concerned -- "well into 2015". It is not particularly great news, I know. Microsoft has apparently decided to make the preview build a PC-only affair -- as it is only for x86 devices, as I just mentioned -- in order to "get enterprise/corporate feedback" as quickly as possible; it is the exception to the rule, if you will, as most other types of devices will be getting it later, next year.

It makes sense to give businesses an early look at Windows 10, as quite a lot of them are still running Windows 7 and Windows XP. Getting companies to like the new operating system early is sure to give Microsoft a better chance at upgrading its business customers to Windows 10, assuming its clients like what they're seeing -- by the looks of it, the new operating system has what it takes. The PC version -- because Windows 10, despite its name, will be far different on PCs compared to smartphones -- is much more complex, so it could also use much more testing than the smartphone release, which is more tightly controlled.

What Belfiore's answers, coupled with the lengthy public testing associated with new Windows releases, also tell us is that Windows 10 will not launch anytime soon in 2015. Well into next year suggests a mid 2015 availability, at the earliest, for Windows 10 Technical Preview for ARM-based devices, and an even later release date for the final bits of code. Who knows, it might even be possible to see Windows 10 launching in 2016, or very, very late-2015 at the earliest. Microsoft should really clear this up.

One Response to Windows 10 Technical Preview for ARM tablets, smartphones will only come next year