Google wants you to suck it -- reveals Android 5.0 Lollipop 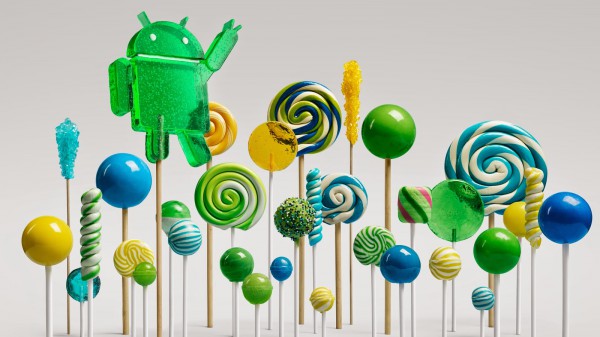 Android 5.0 has been highly anticipated; fans of Google's operating system have been speculating for months about what it would be like. Hell, people have even been wondering what the name may be. You see, Google sticks to an alphabetized convention using tasty treats -- Cupcake, Jellybean, KitKat -- you get the idea.

Android 5.0 is the letter L and after much wonder, the name is revealed -- Lollipop. I guess you could say that the new version of the operating really sucks, eh? Actually, it looks quite incredible and the new version furthers Google's lead over Apple's iOS from a features perspective.

"Lollipop is made for a world where moving throughout the day means interacting with a bunch of different screens -- from phones and tablets to TVs. With more devices connecting together, your expectation is that things just work. With Lollipop, it's easier than ever to pick up where you left off, so the songs, photos, apps, and even recent searches from one of your Android devices can be immediately enjoyed across all the other ones", says Sundar Pichai, SVP, Android, Chrome and Apps.

Pichai further explains, "and because we're using our devices a lot more, there's a new battery saver feature that extends the life of your device by up to 90 minutes -- helpful if you're far from a power outlet. We've enabled multiple user accounts and guest user mode for keeping your personal stuff private. And you can now secure your device with a PIN, password, pattern, or even by pairing your phone to a trusted device like your watch or car with Smart Lock. But this is just a small taste of Lollipop".

A small taste? Hah! Pun much, Google? While the new operating system is sure to have a ton of new features, users will want to experience them on their own. Luckily, Google is releasing all-new Lollipop devices -- the Nexus 6 and 9 -- a smartphone and tablet, respectively. Google is also releasing the Nexus Play; the first TV media device to run Android TV, which also uses Lollipop as an OS.

Don't worry though, if you are happy with your current Nexus or Google Play Edition device, it will be coming to Nexus 4, 5, 7, 10 and Google Play edition devices "in the coming weeks".

Are you excited for Android 5.0 Lollipop? Tell me in the comments.