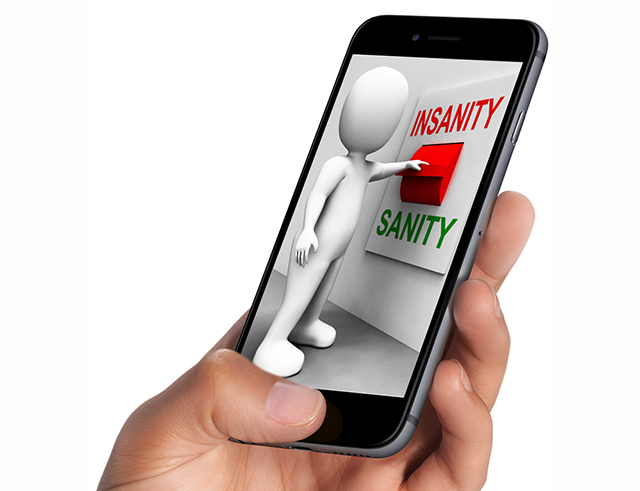 Another day, another iPhone scandal. It seems like we can’t go through one news cycle without something to blame Apple for. While yes, the iPhone is nowhere near perfect, at times the level of negative press has bordered on ridiculousness.

My patience with these iScandals reached its breaking point this weekend. Here on BetaNews we covered the latest media-created iPhone flaw, which apparently is called "dyegate". The gist is this: a small minority of users complain that their iPhones are being stained by the dye from their jeans. That’s right: it is Apple’s fault that the consumer purchased a cheap pair of jeans that weren’t correctly pre-washed at the factory to prevent these dye bleeding issues.

Nevermind that those cheap jeans could stain that consumer’s white shirt (I guess it’s the shirt manufacturer’s fault they made the shirt white), or anything else that’s in your pocket at that time. But we’ll blame Apple for it, because it makes for great link fodder.

To be fair to BetaNews, this was not our own story. This instead was based on reporting from another site. But this same site is running another manufactured scandal which leads me to suspect that these stories are not run exactly for their news value (ten years in tech news, you kind of see through these things).

Oh Wait, It Gets Better

This particular iScandal is "a serious software problem you should know about," the site claims. Here’s the Cliff Notes: the "problem" affects the 128GB iPhone 6 Plus model, and centers around crashes on devices with more than 700 apps installed.

Yes, 700+ apps! I am not even sure there are 200 apps I’d want to have, and I thought the 85 or so I had installed was a little extreme. But apparently there’s about four dozen or so users out there according to this Apple support forum post that do.

This again is something that can happen to any computer device. Load it down with hundreds of apps (which no doubt at least a quarter of them or more are operating in the background), and it’s going to cause problems whether you’re using a PC, a Mac, or a smartphone. Memory is a finite resource. Of course the device will eventually crash or freeze -- it’s likely out of memory!

There’s also "bendgate", which was partially disproven by Consumer Reports (yes, the center force testing is suspect, thus why I say partially). But what saddens me is that this was born out of coverage of a legitimate issue with iPhones that nearly everyone could reproduce.

How About a Real iScandal?

"Antennagate" was a legitimate iScandal. It affected a large portion of users, and even got Apple to admit that it messed up. However since then, it seems to have become de rigeur for the tech press to place every iScandal in the same realm. The reality is no iPhone issue since then has even come close in scope.

Why is this happening? Everyone has their opinions, but I do think the tech press has a propensity to concern themselves with linkbait over honest and actual news. We do a disservice to our readers by riling them up with half-assed stories and turn minor issues into showstopping problems. It’s the same thing that’s happening in the mainstream media with the Ebola "crisis".

Nobody is being served by this type of reporting. That’s a story for another day, though.

I’d like to hear from you all, and especially on Twitter. You can find me @edoswald. Use the hashtag #iScandalinsanity and share some of the other iScandals I haven’t covered here. Is Apple getting a fair shake?

22 Responses to Stop the iScandal insanity!