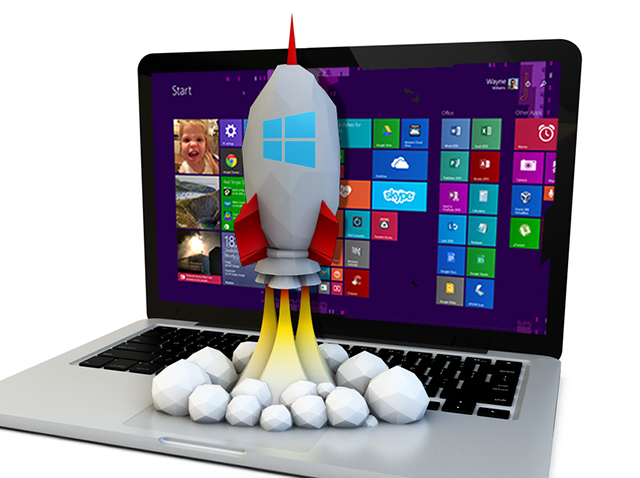 Hands up if you saw that coming? We’ve been so used to Windows 8 and 8.1 losing usage share month on month, that any kind of move in the right direction -- i.e. growth -- seems almost an anomaly. And when Windows 8.x does gain usage share, it’s usually pretty minimal.

Not in October. According to the latest usage share figures from web analytics firm NetMarketShare, Windows 8 use grew in that month, and Windows 8.1 (finally) took off like a rocket. In fact, Windows 8.1’s growth in that month is so impressive you’ve got to imagine the number crunchers at NetMarketShare spent a long time checking and re-checking their findings to make sure there wasn’t a mistake at their end.

In September, Windows 8 had 5.59 percent usage share. In October that rose to 5.88 percent. A gain of 0.29 percentage points. Minimal, but a shift in the right direction.

Windows 7 remains easily the top operating system, and despite Windows 8.x gobbling up all that share, it also managed to post some growth, going from 52.71 percent to 53.05 percent, an improvement of 0.34 percentage points (so better than Windows 8).

The real loser then was (finally) Windows XP, which shed a massive 6.69 percentage points share, going from 23.87 percent in September to 17.18 percent in October.

It will be interesting to see what happens during November. Will Windows 8.x continue its upwards trajectory or crash back down to Earth? You’ll have to head back here next month to find out.