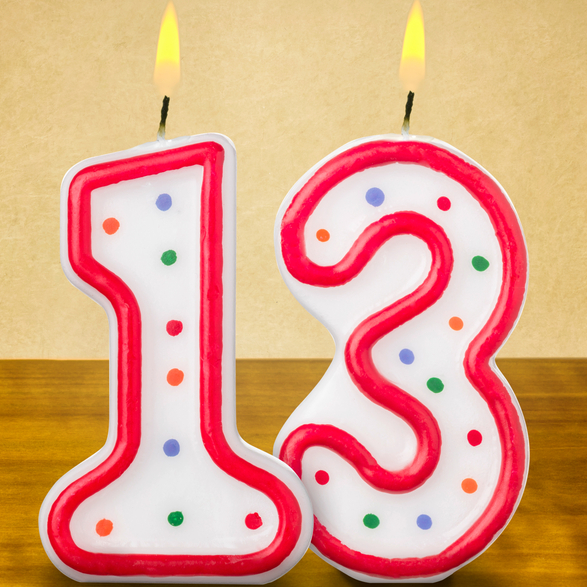 When Microsoft entered the console business, it was quite the perplexing move. An American company competing with Sega, Nintendo, and Sony? Crazy! Fast-forward to 2014 -- Sega has exited the console business, Nintendo's Wii U is a massive flop, but Microsoft is still going strong. While Sony's PlayStation 4 is the current leader regarding shipped consoles, the Xbox One is a close second. Based on recent sales and consumer interest, Microsoft's console can conceivably catch up.

Either way, the Xbox brand overall has been a runaway success that has exceeded the expectations of consumers and analysts alike. Hell, I bet Microsoft is surprised at how competitive its consoles have been. Today, Xbox celebrates a 13th birthday -- the video game brand is a teenager.

The original Xbox was released on November 15, 2001 in the USA; this was timed perfectly for the holiday season. It was relatively popular, but shipped with a major faux pas -- an enormously fat controller. Compared to Sony's PlayStation controller, Microsoft's was an unwieldy beast -- largely panned, although some liked it. Eventually, Microsoft slimmed-down the controller, making it more comfortable.

The Xbox 360 is what really launched the Xbox brand into the stratosphere though. Microsoft's second console was extremely popular (and continues to be), but was initially plagued by failures. This was dubbed RROD (red ring of death), as the failure coincided with the user seeing a red light ring on the front of their console. The failure rate eventually subsided, and Microsoft extended the warranty to cover these types of failures for three years. This excellent customer service and improved console design caused the failures to become a distant memory, and ultimately consumers continued to buy them.

And now the current console, the Xbox One, is a success too. Microsoft has shipped 10 million of the consoles, while securing amazing exclusives like Sunset Overdrive. 2014 is proving to be a great year for Microsoft, which just became the 2nd most valuable company in the world. Xbox can enjoy its 13th birthday knowing that sales are good and consumers love it. So Happy Birthday Xbox -- I wish you many more.