Seagate's 8TB Archive HDD ships in January, and I want one! 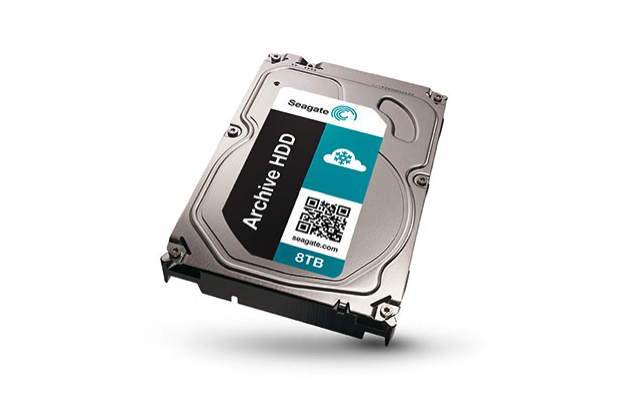 I am a huge, huge fan of SSDs. They're blazing-fast, resistant to external shocks and, let's not forget, they are also energy-efficient. What's not to love about that? They're, quite frankly, the only storage solutions I want to use in my laptops, and the only type of storage solutions I can wholeheartedly recommend. (You can probably tell just how excited I am about SSDs, right?)

But, there are two (some might say major) downsides to SSDs, which go hand in hand: cost and capacity. To get a decently-sized SSD, one has to spend considerably more than for a HDD of the same capacity. In fact, the difference is huge. For instance, a 1 TB Seagate Barracuda HDD goes for around $50 on Amazon, while an SSD of the same capacity from Samsung (840 EVO family) costs around $420, on the same site. Also, SSDs don't usually go above the 1 TB mark, which makes them a poor choice for large file storage. That's where a HDD shines. And what better HDD to use for, let's say, long-term storage of movie collections than the soon-to-ship 8 TB Seagate Archive?

The 8 TB Archive is expected to cost below $260 when it goes on sale in early to mid January, making the cost per GB to be just 3 cents. It's considerably less than for the aforementioned Samsung SSD, for which it is 42 cents. The drive is designed for long-term storage, which makes it a great choice for storing family photos and videos and the like. You can use the 3.5-inch drive on PCs and NAS units, but not laptops as those are limited to the 2.5-inch form factor.

As the name of the drive suggests, Seagate has designed it more for reliability than performance, which means that you will not see the fastest transfer speeds or the quickest access times while using it. Spindle speed is 5,900 RPM, and average read and write speeds are rated at 150 MBps. That's not too bad, given what the drive is designed for -- but it is nowhere near as fast as even a mediocre SSD from 2014. On the other hand, mean time between failures (MTBF) is said to be 800,000 hours. There is also a version with on-device encryption, which is a nice feature to have.

As I am looking at the available storage space on my NAS, the new 8 TB Archive looks quite appealing. Of the 4 TB that my NAS can store, there are less than 400 GB available now. There are lots of files that I could probably delete without missing any of them most of the time, but that is not something that I wish to do. For instance, I may not need that Windows 8.1 ISO every week or every month, but when I do it is quicker to create a bootable USB drive using it than having to download the file first. Same goes for a lot of software. The bulk of it, however, is made up of photos and videos, which I wish to keep. With only a couple hundred GBs to go until the drive is full, a further 4 TB of storage space would give me lots of breathing room for a couple of years.

62 Responses to Seagate's 8TB Archive HDD ships in January, and I want one!