Windows Phone's only hope is the enterprise 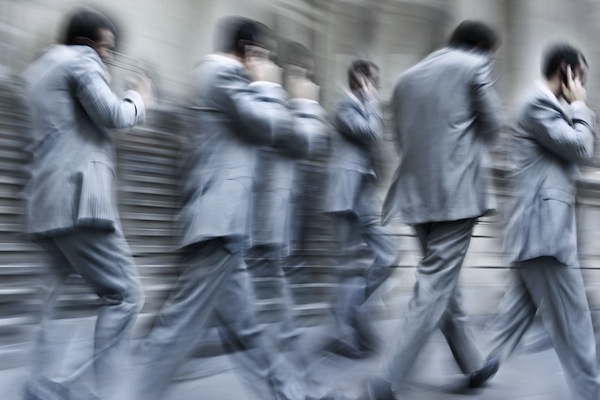 Windows Phone has no future in the consumer market. After being around for more than four years, its market share is only at 3 percent, and declining. Microsoft might as well pull the plug now, before its nickname becomes BlackBerry. After all, no one would really miss Windows Phone. Seemingly bracing for the inevitable, even die-hard Microsoft fanboys have embraced rival platforms (you know who they are). There's nothing to be gained by being the last one on the podium, unless Microsoft is looking to become the laughing stock of the market. It'll have to fight BlackBerry for the title, but that's not hard.

The consumer market is not only tough for Microsoft, but for relevant players too. Samsung's profits are sliding, and its sales aren't doing well either. Apple may still have the highest profits, but its iPhones' market share is closer to that of Windows Phone than Android. Other players are struggling with similar issues, which will only grow larger with time. So why keep going at it? At the end of the day, Windows Phone adds little to no value in the consumer market. However, there is still hope for the platform in the enterprise market, which has a different set of priorities to consumers. There, Microsoft actually has a chance of becoming a major player.

Things are different in the enterprise. In this market, iPhones dominate with 69 percent share, while Android is a distant second with 30 percent share. Windows Phone currently holds just 1 percent of the enterprise market, but that is not a bad place to be, contrary to what you may believe by looking at the numbers. (BlackBerry is absent from the rankings, as the company behind the report -- Good Technology -- does not include the Canadian maker, being one of its enterprise solution rivals.)

Right, now that we have an idea about how the enterprise market looks in terms of mobile operating systems, let's talk about Windows Phone as a platform for the enterprise.

In the enterprise, Windows Phone is in a good place, striking a good balance. Much like iPhones, the user experience is pretty consistent across devices. That is a good thing for both users and IT departments. However, the same cannot be said about Android, which offers different user experiences within the same product family, not to mention different manufacturers.

Much like Android, Windows Phone is able to cater to a wide range of needs when it comes to the features smartphones have to offer. There are solid low-end devices, like Lumia 535, capable mid-rangers, like Lumia 830, powerful flagships like Lumia 930, and even really good phablets like Lumia 1520. There is something for everyone here. That's not the case with iPhones, which are much more limiting in this regard.

For an enterprise looking to give its employees decent smartphones that do not break the bank -- while, for instance, giving executives flagships -- Windows Phone is an obvious choice -- solid devices, solid user experience, tailored cost -- the last bit matters a lot. Of course, none of this matters if Windows Phone does not offer all the right features that IT departments need.

Fortunately, this is also an area where Windows Phone, most-recently, shines. That wasn't always the case, as prior to Windows Phone 8.1 Microsoft basically had nothing worthwhile. Now though, the OS packs lots of enterprise-friendly features like VPN support, S/MIME, certificate management, powerful MDM capabilities, enterprise Wi-Fi support, and more.

To give you an idea of just how capable it is, if some users only need a single app on their devices, the IT department is able to offer them only that. Enrolling a Windows Phone in an enterprise environment is also straightforward, and, dare I say, pretty friction-less for someone used to an MDM solution, like Intune.

And security is not overlooked, as Windows Phone is FIPS 140-2 certified. What that means is that it can be used in scenarios where data security is paramount -- governments and some enterprises (like pharmaceutical players) need that kind of assurance that said certification gives.

This is just one piece of the puzzle, however, as the platform also packs security features like app sandboxing, full device encryption, remote locking and wiping, and Information Rights Management. And, if an employee leaves the company, the IT department can remotely remove all corporate data from their Windows Phone, quite easily.

Of course, smartphones and enterprise features alone do not sell Windows Phone to enterprises. There's also the matter of apps, which is complicated in practice. If enterprises have to develop their apps to also work on Windows Phone, then the cost must be low enough to warrant deploying Windows Phones. On the other hand, it is easy for enterprises to manage access to the apps that employees can use on their Windows Phones, when it comes to Windows Phone Store and their own, dedicated apps.

If the IT department doesn't want a group of employees to play Candy Crush on Windows Phone, that's something that can be done easily (whether the employees will like this or not, depends on whether they are also using the Windows Phone for personal use -- in this case, it makes little sense to limit them). Either way, Windows Phone Store is still a relevant talking point.

Speaking of Candy Crush, the existence of popular consumer apps is another factor to consider when deploying/configuring Windows Phones for work and personal use. In the second scenario, the user must be happy with the smartphone as a personal device -- having all the favorite apps available plays a key role in whether they are happy with the device or not. Windows Phone Store is improving, but it is not nearly as well-stocked as Apple's App Store or Google's Play. Luckily for Windows Phone, the consumer side is not more important than the enterprise side.

In the enterprise, Windows Phone's strengths are more relevant than in the consumer market, while its weaknesses can be more easily downplayed. The platform is in the right place to take on Android and iPhones, as proved by the reassuring number of announcements of Windows Phone being embraced lately by enterprises across the globe. It's no coincidence that this is happening post-Windows Phone 8.1. If Microsoft plays its cards right, Windows 10 for smartphones may seal the deal for many businesses.

Now, another question may come up: is it worth being a smartphone vendor/smartphone OS maker for the enterprise, in a time when BlackBerry's clearly not gaining much by being one? Microsoft's well positioned in this space, but nowadays it feels more and more like success in the enterprise hinges on being successful on the consumer side first.

122 Responses to Windows Phone's only hope is the enterprise