My favorite tech products of 2014 [Mihaita] 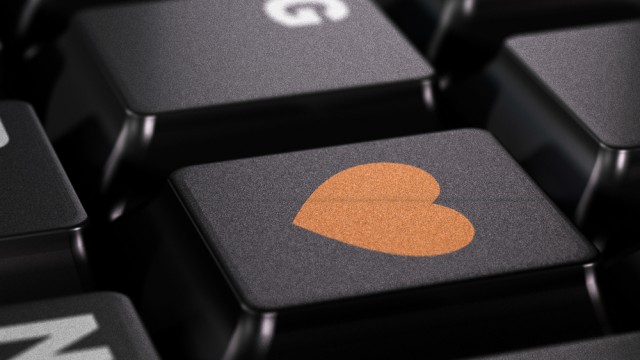 I'm not easily impressed. Lots of tech products see the light of day each year, but only a few I consider to be truly great. And by that I mean technology that I want to have in my life, that brings value, and, last but not least, that makes me feel good. The subjective factor is just as important, I believe, when it comes to the things that I have to look at and interact with on a daily basis. That's just the way it is, and I'm fine with it.

Because of this, a pretty long list can get really, really short in no time. My colleagues have already shared their favorite tech products of 2014 with you, and now the time has come for me to do the same. It's BetaNews tradition, after all. So, without further ado, here they are.

Those of you who are following me on Google+ and Twitter probably know that I bought an iPhone 6 in late-October. (I'll talk about the reasons why I did that in a future piece.) Sadly, I dropped it not long after. Luckily, I had insurance, which I used to get an iPhone 6 Plus instead. And, as it turns out, that was a great call.

Apple gets it right with iPhone 6 Plus. It's quantifiably better than its smaller brother, which feels crippled by its less-intimidating form factor in comparison. It is also, for me, a better smartphone than the competition. Here are three reasons why (more will be revealed in said future piece).

I love the display. It is huge, which may feel intimidating at first, but I quickly got used to it. Now, it feels normal. I'm surprised, as I have never thought I would be fine with a phablet. The display is also great to look at -- it's the best smartphone LCD panel around, after all.

The battery life is also fantastic -- I can easily get a day of uptime, two even if the signal's strong enough. And I'm not the sort of person who uses battery-saving techniques. Everything's allowed to deliver push notifications, email is using push, there are lots of apps allowed to run in the background, I'm spending lots of time in apps and so on. Consider me impressed.

The third reason why I like iPhone 6 Plus is the camera. It does not have the most megapixels around, but it delivers results that I am happy with. The video quality is good as well, no doubt aided by optical image stabilization. Recently, I sold my DSLR and, to be honest, I am not missing it one bit so far (image quality cannot really be compared, but you know what they say -- the best camera is the one you have on you).

I am not the heaviest Office user around, but I find Office 365 to offer great value. It is not the sexiest tech product you will read about in this piece, but it is, quite frankly, great for my needs. I also plan on discussing it further in a future piece, as there are lots of things to talk about. But, to give you an idea of what's to come, I am sold by the unlimited cloud storage alone.

Yes, if you get Office 365 -- no matter if it's the Personal or Home subscription -- you also get unlimited cloud storage via OneDrive (this is a change that was recently introduced). It's a tiered approach, actually -- Microsoft will unlock extra space as you need it -- but, in practice, it is virtually the same thing. So far my girlfriend is the only other user on my subscription. Each of us has 10 TB offered in OneDrive. I'm working on uploading all the sensitive data there -- as a backup; that includes photos, videos, documents and whatnot.

As you may know, I use a MacBook Air on a daily basis. It's a good ultrabook. But, what makes it great is OS X 10.10 Yosemite. It may sound silly to some, but it's due to one single feature offered by the new operating system, and that is Handoff.

Handoff lets me send and receive texts and make and receive calls, via my iPhone 6 Plus, from my Mac. It is an awesome little feature. My iPhone 6 Plus can be in a different corner of the room, and I can still read texts and call someone without leaving the desk. It's terribly convenient, especially if you don't always have your iPhone on the desk with you -- in my case it is usually next to the bed.

Like my colleague Wayne Williams, I am a Jawbone UP24 user. I actually got two, and my other half has the other one. And, so far, we are both liking the fitness tracker. I find that it paints an accurate picture regarding one's physical activity throughout the day, but, like Wayne, I also find that it doesn't nail sleep tracking as well as I hoped it would -- especially if you forget to put it into sleep mode. It is not as smart to tell that you're sleeping, at least not yet.

Since getting the tracker, I started to walk more, mostly just to get close to my daily step goal. I know -- for a fact now -- that I should exercise more, and my UP24 is helping me do that. I am not convinced by its motivational notifications, which I expected to happen. However, the numbers it shows me are telling enough to make me walk instead of drive, at least sometimes.

There are other things that, for me, Jawbone gets right with UP24. The battery life is great, after a recent update doubled the initial estimate -- of seven days -- to 14 days. It is relatively easy to charge. The integration with other services is also great, and I mean really great. The more smart devices you use, the more value you will get from UP24. That makes it a personal investment that is easier to swallow -- for a device that's basically a wristband with a button and no-frills indicator it is quite expensive.

Windows Phone 8.1 is how Windows Phone 8 should have been two years ago. It may have arrived later than expected, however I am still blown away by how capable and nice to use it can be, compared to Android and iOS. On a low-end smartphone like Lumia 520, it is truly impressive. For me, the highlight is Cortana. The personal assistant created by Microsoft feels more human-like than both Google Now and Siri put together. The fact that it can answer to follow-up questions or inquiries is mind-blowing, especially if you've gotten used to the no-frills Siri that can barely understand what you're saying or answer without bringing up a web search.

But Cortana is not the only thing that's great about Windows Phone 8.1. Microsoft made some tangible improvements to the operating system, with the one I take advantage of the most being the notifications panel. It alone makes Window Phone 8.1 more usable than any of its predecessors, as it makes it dead easy to keep track of notifications (compared to visually-analyzing tiles for changes). Support for the latest-available hardware is also nice to have, but it is more important for those buying new Windows Phones.

For those of us who are using older devices, Windows Phone is also great because it is compatible with virtually every Windows Phone 8 device out there. Sure, some are still waiting for the update to come (sorry, Verizon customers), but, generally speaking, no one is left out, which feels reassuring as an existing customer.

What Are Your Favorite Tech Products of 2014?

One Response to My favorite tech products of 2014 [Mihaita]