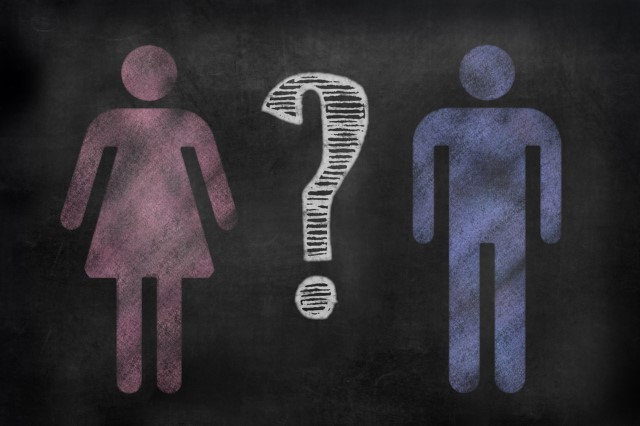 Facebook found itself under fire last year for imposing a real name policy. Drag artists, the LGBT community, musicians and other groups were among those who felt they should be able to use a name other than the one that appears on their birth certificate. The social network ultimately backed down, but the whole debacle left something of a bad taste in the mouth.

People are able to use "the authentic name they use in real life" to identify themselves on the site, and Facebook has opened up gender options further. There's no need to feel limited by the male or female labels, or even make a selection from a readymade list -- you can now specify whatever gender you want. But is this enough?

Facebook diversity heralded the feature and also announced that users can use up to ten different gender identities, and can choose the audiences they would like to share each one with. A choice of pronoun is also available, so when birthday time rolls around, friends can be invited to "wish him a happy birthday", "wish her a happy birthday", or the gender-neutral "wish them a happy birthday". The move came about after consultation with LGBT advocacy organizations.

Now, if you do not identify with the pre-populated list of gender identities, you are able to add your own. As before, you can add up to ten gender terms and also have the ability to control the audience with whom you would like to share your custom gender. We recognize that some people face challenges sharing their true gender identity with others, and this setting gives people the ability to express themselves in an authentic way. 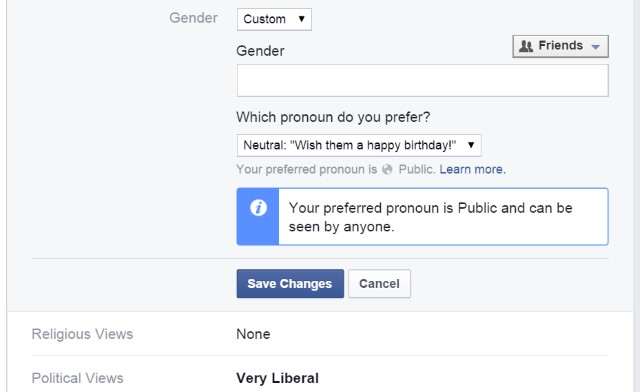 But gender identity is just a portion of anyone's make up. It's time that Facebook offered the same flexibility for names. The social network has accepted the idea that some people find it difficult to share their gender identity with all of their contacts -- the same is true of names. The debate about Facebook's real names policy has a tendency to center around the LGBT community, but this is far from being the only group affected by Facebook imposing the rule surrounding names. Think victims of abuse, victims of crime and so on. These are people who might well want to use a different identity online -- it's not good enough to say that such people should not use Facebook.

One's name is no more or less part of one's identity than one's gender, and just as one may have more than one gender identity according to audience and circumstances, the same is true of names. It has been argued that people who find themselves using different name identity for different parts of their life should set up business pages, but this is not an acceptable solution.

There is the argument that one's real name need to be used to ensure that you are identifiable in case of illegal activity, harassment or the like -- but unless someone using a fake name does something to draw attention to themselves, or is reported by another user, who is to know? It makes as much sense as it would to force people to use a government-verified photo for this profile image.

Of course ultimately, Facebook is free to impose whatever rules and restrictions it likes, and anyone who disagrees strongly enough with them is free to avoid using the site. But that's not the point. Facebook is very keen to be seen as a company that is accepting of everyone -- something it was boastful of when talking about its diverse workforce -- but that's missing the point and giving Facebook too easy a time. The abomination that is Ello sprang to (minor) popularity in protest at Facebook's real name policy and it's clear that the real names policy is something that people care about deeply.

There's no getting away from the fact that Facebook's embracing of different gender identities is a positive thing, but there's still more that can be done. Logically, it makes no sense for Facebook to 'permit' users to express part of their identity in whatever way they wish, but not all of it. Just allow people to identify however the hell they like on the social network; there really is no good reason not to. Judging by the comments that appear beneath Facebook's announcement of the new gender options, I'm far from being alone in my view about the need to eliminate the real name policy. Who's with me?

7 Responses to Facebook lets you choose a custom gender, now it's time to drop real names