A close look at the Windows 10 system requirements for smartphones, tablets and PCs 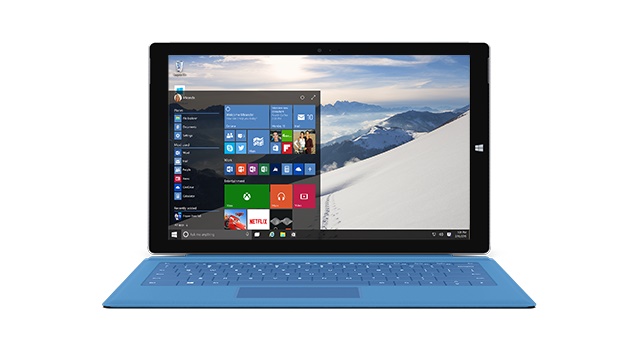 Microsoft has announced that Windows 10 will officially launch this summer. Once it is given the green light, the new operating system will be made available as a free upgrade to Windows 7, Windows 8.1 and Windows Phone 8.1 users. And to really get the market share ball rolling immediately after the release, Microsoft welcomes even those who are running pirated copies to join the pack.

Given Microsoft's ambitions, Windows 10 is obviously being designed so that it will run on as many configurations as possible. The minimum hardware requirements, which were just revealed by the company, paint a clear picture regarding the hardware we can expect to see in upcoming Windows 10 devices (ranging from low-end to high-end offerings) as well as the level of compatibility with existing systems, the latter of which users eligible for upgrade will have to pay close attention to. So, let's take a close look at the Windows 10 system requirements.

Microsoft divides the minimum system requirements for Windows 10 into two categories, namely for mobile devices (smartphones) and desktops (tablets and PCs). The former category refers to devices with screen sizes between 3.0 and 7.99-inches. The latter includes devices with larger screen sizes (above 8.0-inches), except if we are talking about Windows 10 Pro -- such devices can qualify as "desktops" even if their screen size is as low as 7.0-inches. (Screen size, however, is not all that separates the two.)

To qualify, a Windows 10 mobile device has to have at least 512 MB of RAM (to run the 32-bit version of Windows 10), 4 GB of internal storage (at this limit also a microSD card slot), support for DirectX 9, physical hardware buttons for power, volume up and volume down (in case of the lowest-supported-resolution -- 480 by 800 -- start, back and search buttons -- capacitive, given current designs -- are also needed). The hardware requirements for buttons are consistent with those for Windows Phones.

The good news is that Windows Phone 8.1 devices should be able to handle Windows 10 with ease, judging by the aforementioned minimum specs. However, there is no guarantee that there won't be feature fragmentation, with some features unavailable on low-spec devices.

In practice, this means that, say, a Windows 10 smartphone that has a 2K display (a resolution of 1,440 by 2,560) will also pack at least 3 GB of RAM. This is similar to what you can find today in the Android realm. Thankfully, Microsoft also added support for new (desktop and mobile) processors to handle the higher resolutions.

There are five new Qualcomm-made Snapdragons which have been added to the list. The most powerful of the bunch is the 64-bit ready Snapdragon 810. On the lighter end of the spectrum is Snapdragon 210 using RISC architecture. Also, three new Intel (Atom x3 with LTE, Cherry Trail and Skylake) and two new AMD (Carrizo and Carrizo-L) processors also join the list.

It's certainly good news to see Microsoft embracing the latest-available processors, as Windows Phone has lagged behind Android when it comes to supporting the highest-end configurations (1080p displays and quad-core processors came late). Hopefully, it won't end there as the mobile market is rapidly evolving and Microsoft needs to keep up the pace.

It is interesting to see that Microsoft is stricter when it comes to mobiles than so-called desktops as far as screen resolution in relation to RAM goes. That can be attributed on its upgrade promise; it's no coincidence that the minimum amount of RAM and storage for Windows 10 is the same as for Windows 7, for instance.

However, we shouldn't take the minimum hardware requirements for Windows 10 desktops as a sign that there will be new devices -- say, tablets -- with such a low screen resolution. The way that the Windows market is evolving, even higher resolutions like 1,280 by 800 are only found on low-end devices.

There is no mention of processor support in regards to the minimum requirements for neither mobiles nor desktops, which is interesting. However, the requirements Microsoft has in mind for optional components and connectivity for Windows 10 mobile devices clearly hint at ARM processors, while those for desktops are aimed at x86 devices, as you can see below. (This table, specifically its entry about buttons, also tells us that Microsoft considers tablets and PCs as desktops.)

26 Responses to A close look at the Windows 10 system requirements for smartphones, tablets and PCs