What is Facebook not telling us about machiavellian censorship? 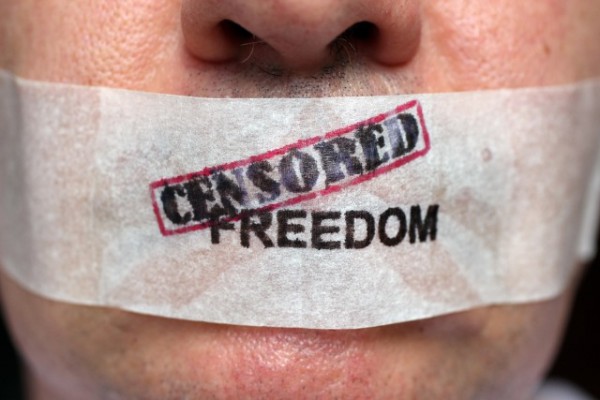 Just a few days ago the Electronic Frontier Foundation published its annual Who Has Your Back report looking at how various technology companies treated customer privacy. The report makes for interesting reading, but it also raises some questions. One question that has cropped up several times is "how the hell did Facebook get a rating of 4 out of 5!?"

As well as rating Mark Zuckerberg's social network in terms of its privacy policies and how it responds to government data request, the EFF also probes the hidden censorship that appears to be going on. There have been numerous examples of blatant censorship from Facebook -- including blocking certain pages in Turkey -- and while this is worrying (particularly when the social network's founder is looking to connect the world to the web with Internet.org) what is perhaps more concerning is the censorship we don't know about. The silent censorship that's going on the in the background.

Facebook is frequently criticized for its attitude to privacy, but in the EFF's 2015 report it was awarded four out of a possible five stars. Although the social network fared relatively well here, it's a very different matter when it comes to censorship. As the EFF points out, take a look at Facebook's Government Requests Report and you'll see that most countries -- take Russia or Turkey for instance -- and among the data that is present you'll see a section headed Content Restrictions. This is censorship by another name.

Take a browse through the data that's presented for each country, and you'll eventually come to the USA. While 'Content Restrictions' in Turkey are justified ("We restricted access to items primarily reported by the Turkish courts (and Access Providers Union) and Telecommunications Authority under local law 5651, which covers a range of offenses including defamation of Ataturk, personal rights violations, and personal privacy") as are those in Russia, the Content Restrictions section is notable by its absence from the United States' page.

There's lots of information (well… some, at least) about Government data requests and National Security Letters, but not the slightest mention of content that has been restricted or censored. What's going on?

Are we supposed to believe that the US government -- considering how concerned it seems to make itself about just about everything else that goes on in the world -- has not asked Facebook to remove any content within its borders? This is so unlikely as to be absurd. Much like Amazon's recent vague and opaque transparency report, Facebook draws attention to certain data by failing to mention it. One can't help but ask what is going on.

Has Facebook been told not to reveal the censorship it is being asked to carry out -- just as it is forced to be absurdly vague about the number of National Security Letters it receives? Or is Facebook pre-emptively self-censoring? EFF correctly points out that we are already aware of the fact that Facebook takes down the accounts of people sent to prison for more than four years -- yet there is no mention of this in the report at all. Why not?

If this data is being left out of the report, what else are we not being told? Can we trust any of the figures Facebook presents to us? Censorship of censorship is Machiavellian, but it is also somewhat pointless. We know that it is happening, so to simply pretend it is not is just absurd. It erodes trust even further and makes us question motives. Transparency reports are all but useless if they are not actually transparent.

10 Responses to What is Facebook not telling us about machiavellian censorship?