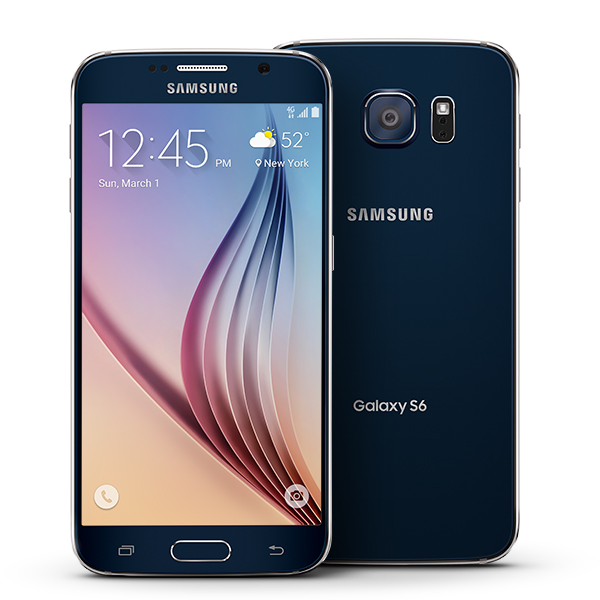 Samsung is the undisputed king of Android smartphones. Other than Apple, no company commands the audiences of the Galaxy handset maker. Quite frankly, Samsung deserves its attention, as it makes really great smartphones that consumers love -- a simple recipe for success.

This year, however, the company took some arguable missteps, by removing both the removable batteries and expandable memory found on its previous flagships. As an Android purist, I was initially upset with this. Luckily, Samsung was correct to remove these features, since the cloud and USB battery packs are better options. In this case, less is more, as it forces the user to think differently -- a very Apple-esque approach. Amazingly, using Apple's design philosophy, Samsung's device outdoes the iPhone.

The first thing you notice upon taking it out of the box is that it is small. It is crazy to call a 5.1 inch screen small; in prior years, this thing would be considered a phablet. In a world filled with Galaxy Note, Nexus 6 and iPhone 6 Plus, dare I say that the Galaxy S6 is now dainty. You know what? The small size is appreciated. 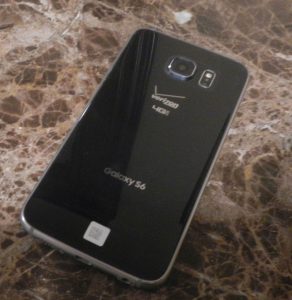 Coming from the Nexus 6, I did not find the screen too small. Actually, my hands favored the smaller screen as it is more comfortable to use.

Rather than plastics, Samsung wisely chose glass and metal for the chassis on the newest flagship. With that said, plastic is actually a great material, and certainly more durable than glass. Still, there is a certain elegance found in the materials that trumps durability.

Upon booting the phone, I became immediately impressed with the Super AMOLED 1440 x 2560 pixels screen, featuring 577 ppi. Colors are vibrant, making the phone feel alive. Watching movies is a real treat as a result too. 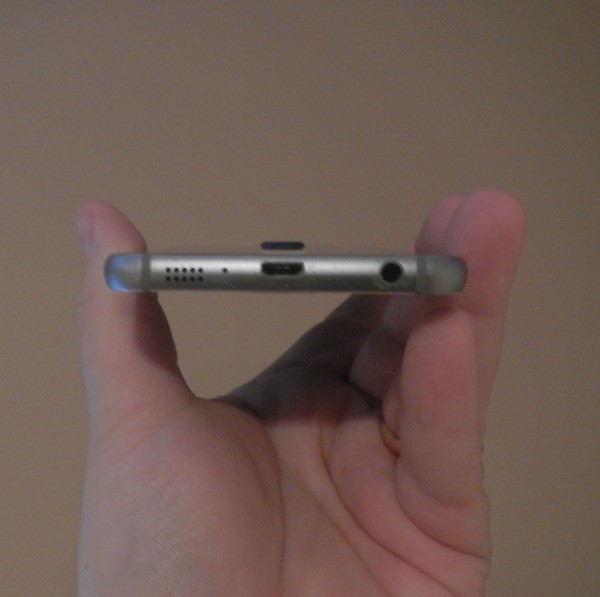 Thankfully, Samsung moved the speaker grill to the bottom of the phone; it was on the rear for last year's S5. With the previous generation Galaxy, I would constantly cover the speaker, thereby muting or muffling the sound. I do not have this experience on the S6. Audio is loud and clear, but a far cry from the superior stereo audio of the Nexus 6 and HTC One M9. Music fans will want to utilize headphones -- earbuds are included. Nice.

The heart rate monitor from the Galaxy S5 makes an appearance here too. This will come in handy for those of you that have not yet bought a smart watch or fitness band. As a Microsoft Band owner, I will not likely use Samsung's offering.

Call quality is fine -- as good as most modern flagships. The Galaxy S6 supports VoLTE on Verizon for superior quality. You can even talk and use data simultaneously when active. Let's be honest though, who still makes voice calls? Yes, people still do, but it is becoming far less important in this text messaging world. 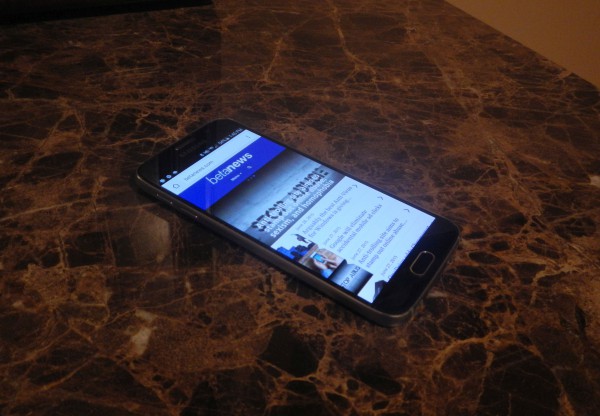 The highlight of the show, however -- making the Samsung Galaxy S6 the undisputed best Android phone -- is the improved fingerprint reader. Unlocking your phone with a pin or password is simply archaic by comparison. You no longer need to swipe your finger; just hold it for a second and you are off to the races. It works flawlessly -- like magic -- becoming second nature.

The fingerprint reader is not a one-trick-pony either; apps can utilize it too. If you are a Lastpass user, you can unlock your vault using your finger. Imagine logging into your favorite websites and apps using biometrics -- it is both fun and convenient.

If the fingerprint reader is the star of the show, the camera is a very close second. The 16MP rear shooter takes brilliant photos -- easily the best of any Android smartphone. For someone wanting a phone to double as a shooter for family photos, there is no other option -- it is that good.

Even the front-facing camera is great. It features a wider angle lens that makes taking selfies a breeze. Samung's software even lets you snap a selfie by tapping on the heart rate monitor.

Video is equally impressive, featuring both 4K and 1080p60 as recording options. You can see a 4K demo above, using my koi pond; there is much movement and it captures it brilliantly. What really amazes me, however, is the great audio. 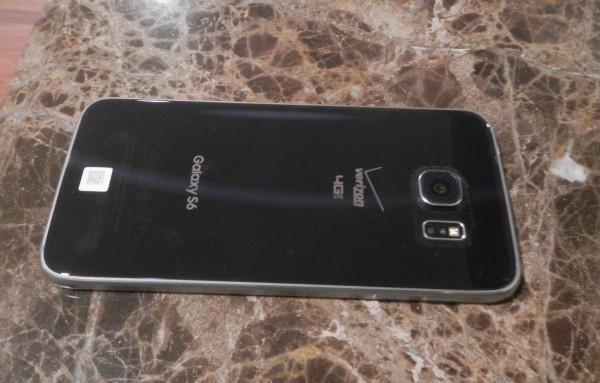 Compared to the Nexus 6, the Galaxy S6 battery life is far superior. With Samsung's device I can easily get through a full day, whereas the Nexus would have needed a recharge already. If I take the Galaxy off the charger at 8am, it will still be kicking 12 hours later, and that is with heavy use.

Luckily, when you do need juice, the Galaxy S6 supports wireless charging. This is a feature that I love; it is certainly not a gimmick. You can buy Samsung's charger or any other too. I have successfully used a Nokia pad without issue.

The performance of the Galaxy S6 is mind-blowing. It is easily the fastest Android phone I have used. Navigating the operating system is buttery smooth and apps launch very fast. I have yet to experience any lag or slowdown while playing a game. 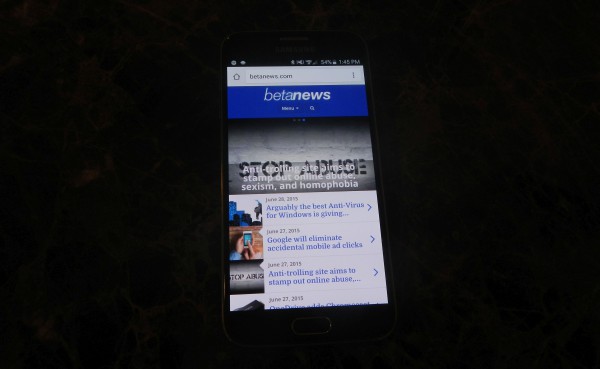 OK, so the phone is great, but what if you need root? Wonderfully, this is not only available, but extremely easy too. By installing an app (APK) called "Pingpongroot", you can achieve root access with just one click.

While "rooting" could potentially void your warranty -- and block over the air updates -- it will also give you greater control over your phone. For instance, you can properly uninstall carrier-installed apps. More importantly, however, you can use important root-only apps from the Play Store like Root Explorer.

You can learn more here. 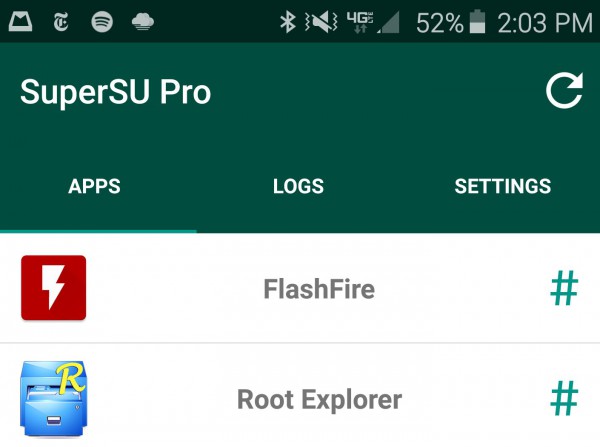 Once again, consumers in the market for a new Android phone have tough decisions to make. While hardcore Android purists will understandably opt for the Nexus 6 to get fast updates and greater tinker capabilities, the Galaxy S6 is the better choice for all others. It is a more well-rounded experience.

Samsung has crafted a phone that is not only a piece of art, but is a comfortable size and has superior security with biometrics. The fingerprint reader is more important than having the ability to run custom ROMS. In 2015, there is no excuse for any flagship smartphone to ship without a fingerprint scanner.

The Samsung Galaxy S6 is Android at its finest. Highly recommended.

53 Responses to Samsung Galaxy S6 -- Android at its finest [Review]