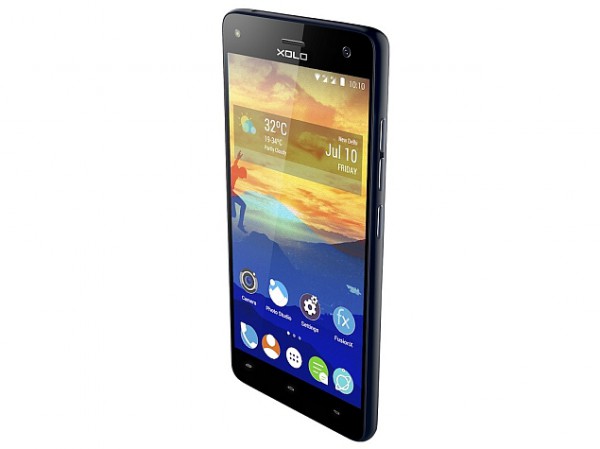 The smartphone market is becoming increasingly competitive in India. Over the past few months, we have seen a number of Indian and international companies launch some of the most exciting phones in the country. Today, Indian smartphone vendor Xolo is taking the opportunity to launch its latest flagship, the Xolo Black.

Competing with the likes of Xiaomi’s Mi 4i, Meizu’s M1 Note, and Lenovo’s K3 Note, the Xolo Black is not only putting up a fight on paper (specs sheet), but also trying to beat rival phones in the looks department. With a waistline of 7.3mm, both sides of the phone come protected by Gorilla Glass 3, a feature Xolo has seemingly picked from Samsung’s Galaxy S6. In addition, the back of the phone also has an oleophobic coating, which the company says, makes the handset resilient against smudges and stains.

As for the specs, the Xolo Black sports a 5.5-inch IPS OGS display of FHD (1,920 x 1,080 pixels) screen resolution. It is powered by Qualcomm’s Snapdragon 615 chipset paired with Adreno 405 GPU, 2GB of RAM, and 16GB of storage. The dual-SIM capable smartphone supports 4G LTE, 3G, Wi-Fi, and other connectivity features.

On the camera front, the phone comes equipped with a dual-sensor setup consisting of 13-megapixel and 2-megapixel shooters at the back for better picture quality and to gauge the depth more efficiently. There is a 5-megapixel sensor placed upfront for selfies. Fueling the device is a beefy 3,200mAh battery, which supports fast charging. The company says one can charge from 0 to 50 percent in less than an hour. On the software side, the Xolo Black is running on Android Lollipop with Hive UI custom skin.