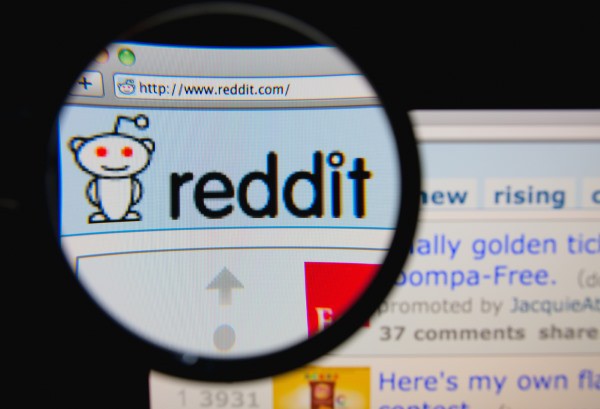 It's been a tumultuous time at Reddit recently. The self-styled (albeit slightly sarcastically) Front Page of the Internet raised the ire of some users several months ago when it started to impose stronger restrictions on the type of content that could be posted. It started with restrictions on certain types of explicit content, followed by the killing off of harassment, hate, and abuse subreddits.

After the site fired AMA (Ask Me Anything) coordinator Victoria Taylor, there was an uprising. Moderators were unhappy, users were unhappy, and CEO Ellen Pao ended up resigning. As users left in their droves, finding solace in alternatives such as Voat, the site scrabbled to defend itself both to users, employees, admins, and volunteers. Today in an Ask Me Anything session, Reddit co-founder Steve 'spez' Huffman introduced a swathe of new restrictions on what users are allowed to say. In public, at least.

In the AMA session, Huffman starts with a potted history of Reddit and the vision he had for the site. He explains that from the very beginning, he was happy to ban people who posted hateful content "because I don't want that content on our site". As the site grew, intervention started to become impractical. "I didn't have time to pass judgement on everything, so I decided to judge nothing".

This is one of the reasons Reddit gained the reputation it did for 'anything goes'. The truth is, and was, very different. Admins and moderators lurk both in the background and in the crowds ready to jump on anything deemed unsuitable. But the problem is that it has not always been entirely clear what counts as unsuitable. Huffman says:

One thing that isn't up for debate is why Reddit exists. Reddit is a place to have open and authentic discussions. The reason we're careful to restrict speech is because people have more open and authentic discussions when they aren't worried about the speech police knocking down their door. When our purpose comes into conflict with a policy, we make sure our purpose wins.

But the main reason for the AMA session was to introduce new restrictions. Explicitly banned content is as follows:

The Not Safe For Work category is going to be worked harder. Huffman says that any NSFW content must be flagged as such -- pity the poor bastards who have to check everything -- and this type of content is being made opt-in. NSFW content will not be visible to people not logged into an account, will be hidden from search results, and -- interestingly -- "will generate no revenue for Reddit".

He goes on to say: "We believe there is value in letting all views exist, even if we find some of them abhorrent, as long as they don't pollute people’s enjoyment of the site". The problem is going to be one of subjectivity. Moderators, admins, and users have opinions. When does 'hate' become too extreme. Is it OK to express the desire for an evil dictator to die? At the other end of the scale, who would feel that wishing a child dead is acceptable? It's all about values, context, and perspective.

Who censors the censors? The attempt to move Reddit forward raises just about as many questions as it attempts to answer.

This is what we will try, and if the hateful users continue to spill out into mainstream Reddit, we will try more aggressive approaches. Freedom of expression is important to us, but it’s more important to us that we at Reddit be true to our mission.

As Reddit has been in the news in recent weeks, it has become apparent that the current moderators feel ill-equipped to deal with the content they have to manage. There has been promise of new tools to make their jobs easier, but no word of just what this means and when they will appear.

At the moment it feels as though Reddit is fumbling in the dark. It is a monster out of control and it is almost impossible to rein back in. The AMA highlighted the fact that any form of restrictions and censorship make users question motives. As FSMhelpusall says:

What will keep mods from wrongly classifying comments they don't like as "spam" to prevent people from seeing them?

Remember, you currently have a problem of admin shadowbanning, which was also intended only for spam.

A moderator touches on the problem of the acceptability of different content around the world:

You can see where this is the type of announcement that raises more than a few eyebrows in our little corner of the world.

At what point do the minority opinion and positions be accepted as obscene, offensive, and unwanted?

/r/rapingwomen will be banned. They are encouraging people to rape.

/r/coontown will be reclassified. The content there is offensive to many, but does not violate our current rules for banning.

It's possible that Fatpeoplehate could reappear, but be more closely monitored and made opt-in. At the moment, the policy changes seem ill-defined and rather fluid, but this is part of the reason for the AMA. We are assured that "before we release an official update to our policy we will spell this out as precisely as possible" but one can’t help but feel that Reddit is making it up as it goes along (hate speech is out but the racist /r/coontown subreddit is ok?).

The site looks confused, desperate to save face, and flailing to keep users from leaving.