Microsoft goes on the charm offensive with Windows 10 ad campaign 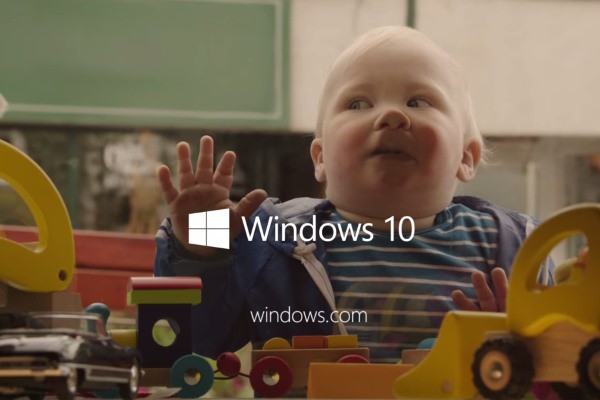 The countdown to launch really has begun. Microsoft is now pushing Windows 10 with earnest, launching an ad campaign that heralds the arrival of a 'new generation' of Windows. For many, the launch of the latest version of the operating system is something of a rebirth for Microsoft, and this is an idea that is played upon in a child-heavy advert.

This is the launch of Microsoft's global ad campaign which kicks off in the US now, and spreads around the world on July 29. The first installment is heavy on cuteness and works with the idea that Windows 10 is simple enough for a child to use, and will grow up with this generation.

This first ad is only a minute long, and Windows 10 doesn't even make an appearance until the fourth quarter. But when it shows up, we are treated to quick demonstrations of Cortana in action, leaving notes on websites in Microsoft Edge, and... well, that's it actually. There'll be plenty more to come, no doubt.

Writing about the video in a blog post, the Windows team says:

To bring the campaign to life, we see young children from around the world in their natural settings in Morocco, Thailand, Iceland, England and the U.S. Supporting our mission of empowering every person and organization to achieve more, the ads show how technology should be more natural, human and intuitive, and adapt to people’s needs. The key notion – Windows 10 delivers a more human way to do. Enjoy!

Enough waffling... watch the ad and see what you think.