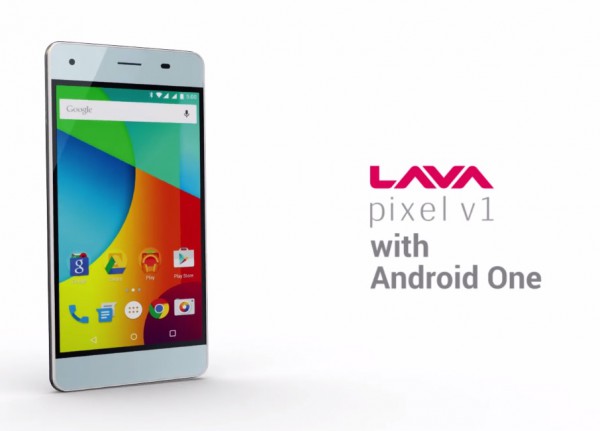 If you thought Google has been slacking lately with its Android One initiative, the company has a new smartphone that it hopes will have its fans perking up their ears. The company today launches Lava Pixel V1, a new Android One smartphone it made in collaboration with the Indian smartphone manufacturer. The pricing of the phone; however, disappoints.

Make no mistake, the Lava Pixel V1 is the most powerful Android One handset to-date. It sports a 5.5-inch HD (1,280x720 pixels) IPS display (up from FWVGA display in the first generation of Android One handsets). Underneath the handset sits a 1.3GHz quad-core MediaTek (MT6582) chipset coupled with 2GB of DDR3 RAM, and 32GB internal storage which can be expanded by another 32GB using a microSD card.

Other features of the handset include a 13-megapixel primary camera with BSI sensor and f/2.0 lens, blue glass filter and LED flash, and an 8-megapixel of f/2.4 lens and LED flash on the front. That's a significant improvement over the first fleet of Android One smartphones like Spice Dream Uno, Micromax Canvas A1 and others that sport 5-megapixel and 2-megapixel combination. The dual-SIM capable Pixel V1 supports 3G and Wi-Fi connectivity options.

On the software side, the phone runs the latest Android version, v5.1.1 Lollipop. The company says that it will push out the latest version of Android to the phone for 2 years. I got a chance to play with the phone last week, and while it looks a lot better than its predecessors, the build quality of the phone isn't impressive. The back of the phone seems to be made of an apologetic plastic material.

But that's not the biggest qualm I have with the phone. What surprises me is the price of the Lava Pixel V1. The phone is priced at Rs 11,350 ($175), which is completely off the scale, in my humble opinion. India hosts one of the most competitive smartphone markets in the world. The arrival of Chinese players over the last two years have completely changed the dynamics of the market.

Moving forward, smartphones like the Lenovo K3 Note and the Xolo Black offer FHD (1,920 x 1,080 pixels) and much more powerful processor at Rs 9,999 ($155). The Lava Pixel V1 holds the potential to significantly benefit the ecosystem, but the absurd pricing has crippled its odds at making any dent in the market. The first generation Android One handsets garnered a lot of interest in the country because they were aggressively competing with top rival smartphones. It will be interesting to see how much traction the new Android One handset gets.