One of the more controversial features of Windows 10 is the automatic, mandatory installation of updates. With launch day now just hours away a problem with NVidia drivers has highlighted just why automatic updates have proved so controversial.

Microsoft has previously said that home users will have no choice but to let Windows 10 take care of updates for them. For those concerned about this, the company has a special tool that can be used to block specific updates to Windows and drivers.

Unearthed by ZDNet's Ed Bott, KB3073930 is the tool that many people feel should have been built into Windows 10 as standard. It's not really a tool that Microsoft intended to be used by the majority of people to take control of Windows Updates, it is actually a troubleshooting tool designed for use with the preview builds that have been made available to Windows Insiders. It's not clear whether the tool will continue to work when Windows 10 officially launches in a couple of days' time, but it's certainly an option for now.

The update blocker tool -- called the "Show or hide updates" troubleshooter package -- can be downloaded from Microsoft's support pages where the company describes its purpose:

In Windows 10 Insider Preview, your device is always kept up to date with the latest features and fixes. Updates are installed automatically, with no need to select which updates are needed or not needed. In rare cases, a specific driver or update might temporarily cause issues with your device, and in this case you will need a way to prevent the problematic driver or update from reinstalling automatically the next time Windows Updates are installed.

Using the tool is very simple -- you can use check boxes to indicate which updates and drivers you would like Windows 10 to ignore. 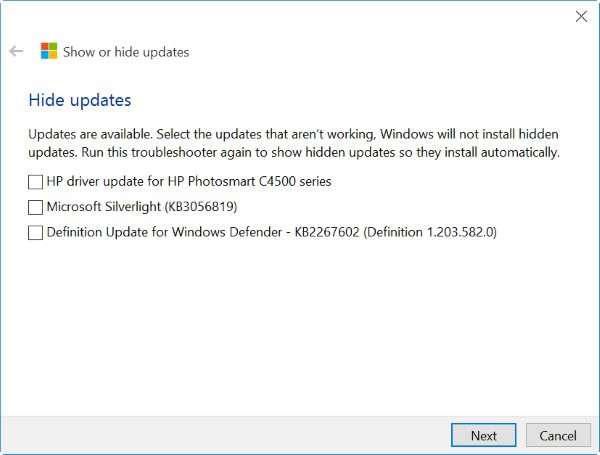 Give the update blocker a try for yourself and see what you think.

16 Responses to How to stop Windows 10 installing automatic updates