Why would Dell sell a business Chromebook that competes with Office and Windows 10? 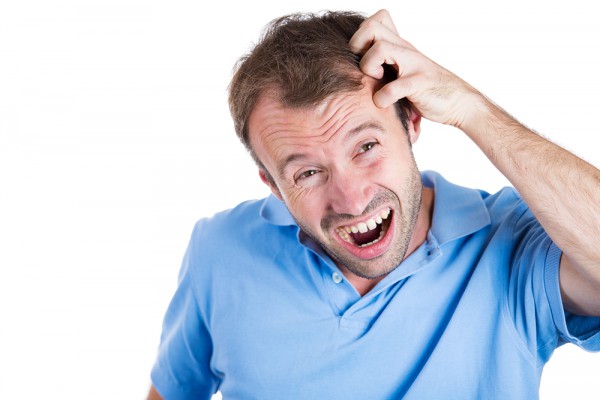 The strangest, and largely overlooked news, coming out of the tech sector this week is Dell's Microsoft betrayal. This isn't the first time that the PC maker strayed. Linux joined the product stable long ago, and last year an educational Chromebook debuted. But this newer and larger model, which will be available September 17, raises question: WTF?

Dell's core PC market is business—small, large, and everything between. Windows, and that smattering of Linux, is core, and longstanding loyalty to Microsoft's application stack. But the Chromebook 13 announcement, as positioned by the OEM and Google, is all about the competing cloud app stack. Interestingly, selling prices rival Windows laptops, which is another head scratcher: $399 to $899, depending on configuration.

NPD data tells part of the story. Chromebook sales are booming through U.S. business-to-business sales channels. "Google saw Chrome rise to take the number one spot in market share", from January through mid-July, Stephen Baker, NPD's vice president of industry analysis, says. Sales share topped 50 percent, which is a stunning achievement for a platform available for  4 years and one that competes against two entrenched monopolies: Office and Windows.

"Windows 10 had no impact in these B2B channels"' Baker says, in part because it "wasn’t available during the period specified and given that Windows notebooks were up over the prior year period and actually grew more in 2015 over 2014 than they did in 2014 over 2013. I think we can safely say that Win10 had no negative impact to sales". Meaning: "None of the business/organizations buying from channels seemed to delay anything because of it".

But how many will buy something else? That question, and its answer, should haunt Microsoft CEO Satya Nadella as the company pushes its legacy applications stack—Office, Windows, server software—to the cloud, which is comfy Google territory. Dell Chromebook 13 is part of the Google for Work program, which squarely competes with Office and Windows.

Even as a long-time Chromebook user, I see Dell's business push as brash but risky. Price is major reason. Configurations and pricing aren't yet available, but little sleuthing is necessary to guess. Options include Intel Broadwell-U processors—Celeron, i3, or i5—and 2GB, 4GB, or 8GB of memory. It's not hard to guess that $399 will get buyers Celeron and 2GB. Is that too much to pay? I wouldn't pay that much, but for IT departments the answer isn't easy, with specific configs not yet available.

For businesses with Microsoft volume-licensing agreements in place, my answer is probably not. But for others, particularly smaller shops or those without legacy application dependencies, maybe yes. Dell promises IPS HD display and will provide additional security and management services designed for businesses. Support is the company's forte and part of Dell's success selling to businesses.

Still, when cost matters, is $399 for a Celeron laptop with 2GB of RAM that runs remote applications in the browser rather than locally from the hard drive the best choice? There is no one answer, because of the complexities behind each business buyer's existing IT infrastructure.  Customers choosing Chromebooks are more likely to go Google Apps, Gmail, and related cloud services rather than buy Office, Exchange, and related server software. That's the business Microsoft loses when Dell and other OEMs sell Chromebooks. I will cost compare the two app stacks in a future story, so for today will focus on pure hardware, and what's behind it, which is more straightforward.

Using Dell's configurator for Windows 10 Pro, the only option presented is the Latitude 14, which, discounted, starts at $549 with 4th-gen i3 processor, 14-inch 1366 s 768 resolution display, 500GB hard drive, and manageability features comparable to Chromebook 13. Neither Office nor Office 365 are available for the price; there Google Apps has an edge. Based on design, specs, and my experience using Dell Chromebook 11, the 13 has the edge. That is if businesses can satisfy there application needs in the browser.

I won't cost-compare other Dell configs. That should wait for sales to start in mid-September. However, let's price compare another way. Presumably, the high-end Dell Chromebook 13 will, for $899, pack 5th-gen Core i5 processor, 1080p touchscreen, and 32GB RAM. For the same price, Microsoft Store sells Surface Pro 3 running Windows 10 Pro, with 4th-gen i5 processor, 12-inch HD display (2160 x 1440 resolution), and 128GB hard drive. Keyboard costs more, as does Office, but I see tremendously more utility in Surface Pro for about the same price, particularly for smaller businesses or content creators.

By the way, for the first half of the year, Windows tablet B2B channels sales were up by 35 percent, largely because of Surface, according to NPD. I see Surface as the unsung value in the PC market, for its classy design, flexible utility, and features for price. Microsoft, and the fab-tab hybrid deserve more respect.

144 Responses to Why would Dell sell a business Chromebook that competes with Office and Windows 10?

The tech devices we worry about the most

Windows 7 2022 Edition is everything Windows 11 should be, but isn't

Windows 7 2022 Edition is everything Windows 11 should be, but isn't