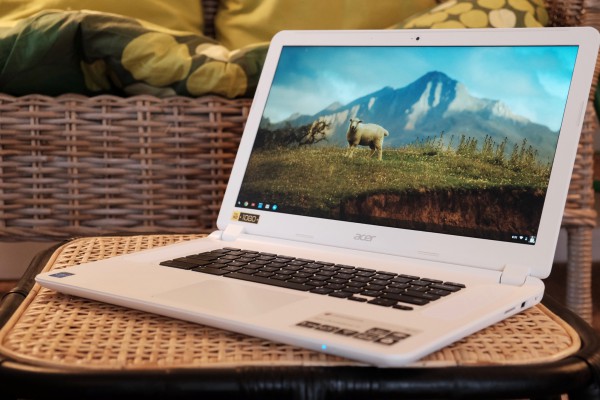 I am not a fan of overly-large laptops, but if I were to buy one, Acer's 15.6-inch monster would be among my top choices. The Chromebook packs in lots of value, which first and foremost is 1080p resolution to match the large screen, a benefit that is atypical for the price and size class. Screen brightness is no match for the Toshiba Chromebook 2, but the matte finish compensates for dimness by dramatically reducing glare. Meanwhile, the IPS display gives great viewing angles.

The point: Acer doesn't just offer bigger, but better, among the overall Chromebook category, where  dim TN screens are standard fare. That also can be said of competing Windows laptops, where with same size screen in the price range, or even more costly, resolution typically tops out at 1366 x 768. Chromebook 15 is 1920 x 1080. By more than size, the display is a big benefit.

In my testing, watching movies, TV shows, or YouTube is a treat, with all that real estate. With so much landscape available to accommodate the display, Acer wastes not. Speakers flank the keyboard on either side, providing booming sound with surprisingly crisp definition. The screen and speakers combination is unmatched by any other Chromebook, most Windows PCs, and no Mac portables. This is a huge benefit for someone streaming, say, in a college dorm room rather than watching TV.

That said, Chromebook 15 isn't an uncomfortable carry-along. The surface grips firmly and provides plenty of friction in the hand. But if appearance matters, you will look something of a dork lugging this thing around. Use a backpack.

Regarding appearance, Acer's Chrome OS hunk isn't handsome. It's not ugly, per se, just not the prettiest design. The plastic is obvious and dull, but more pronounced in the signature white model than the black one. But, hey, this is a budget notebook which big benefits balance with the HD screen. The visual that matters more is what you see on the large display. Chromebook 15 is superb example of a manufacturer putting function before form.

The keyboard is typical Acer, which, while good, falls short of the Chromebook category. Keys are a somewhat stiff and noisy, although responsive enough. The trackpad is smooth but like the keys is a bit click, click, clicky. 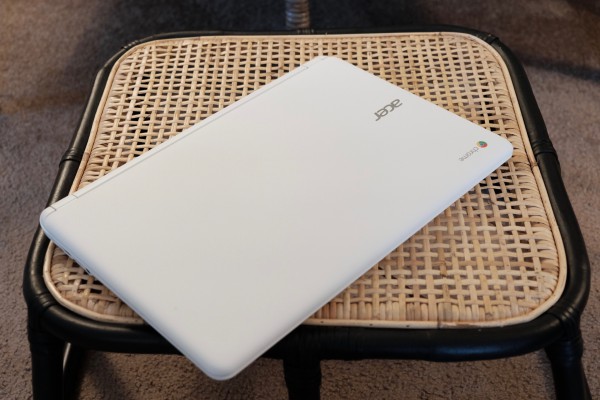 Performance is snappy, which is typical of Acer Chromebooks. This one packs a 5th-generation Intel Celeron processor that gives more bang than I would expect. I tested a model with 4GB of RAM and found it to be spiffy responsive even with 15 or more browser tabs open. Another measure is video streaming, which largely is smooth and stutter-free.

Battery life is excellent and certainly good enough for a full school or work day. I typically see 6 to 8 hours, depending on use. Seven to 7.5 hours is my average. If you want 10 or 12 hours, choose a laptop with smaller screen to light up. You can gain time by dimming the brightness, but full-lum only satisfies my eyes.

For big spenders demanding more performance, Acer also offers a $449 Chromebook 15, with Core i3 processor, 4GB RAM, 32GB storage and Intel HD 550 graphics. For $50 more, you can go Core i5. 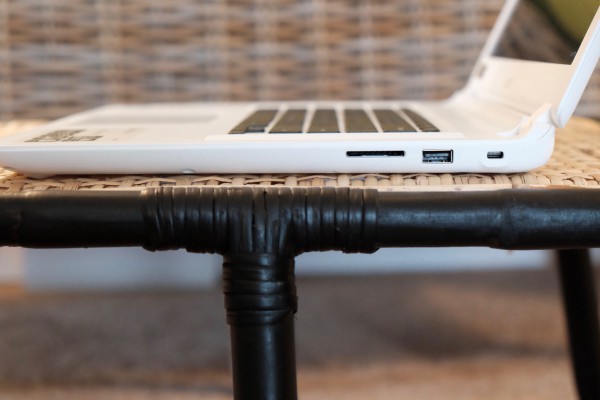 Acer Chromebook 15 rounds off the category by filling the vacant big niche. Eleven and 12-inch displays are more typical, although there are several 13.3-inchers to choose from. The larger question should be: Is any Chromebook right for you?

Laptops in this class run Chrome OS, which essentially is Google's browser as user interface to hybrid-Linux core. While there is a desktop and file manager, nearly all activity takes place in Chrome tabs. Webapps replace applications that run locally.

Chromebook isn't a computer-purchasing decision—it’s a lifestyle choice. The device fits into a contextual lexicon of others that are cloud connected. Your lifestyle hub shifts from the PC as center to apps and services reaching many devices. The post-PC era is a myth. There is no such thing. We live in the contextual cloud computing era, where, as a web-centric device, Chromebook fits nicely -- even while representing a dying PC paradigm. 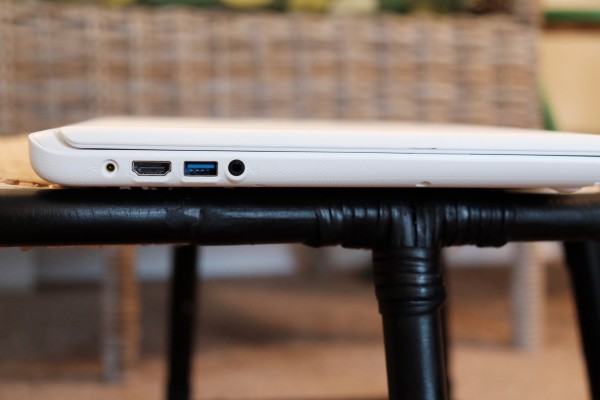 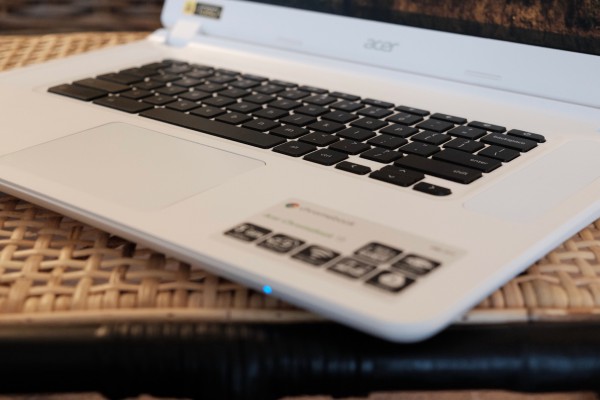 Chromebook isn't for everyone, particularly those people who need to use legacy applications. For the rest, if whatever you need works in the browser, you're set for Chrome OS. Perhaps Acer's hunk, or something smaller.

20 Responses to When size matters, Acer Chromebook 15 is big [Review]