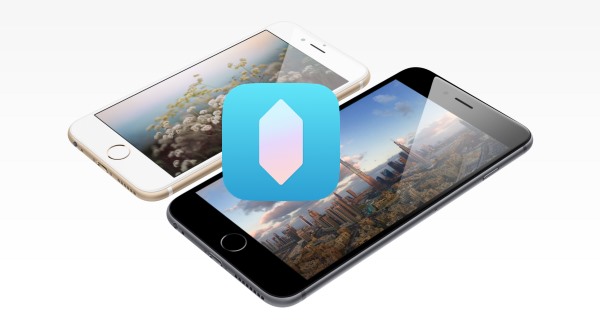 There's a lot to look forward to in iOS 9. We already know that the new version of Safari will include the option to block ads, but the browser is not going to be alone in clearing out unwanted ads. Crystal is an ad blocker for iOS 9 created "with the goal of making web browsing with the iPhone and iPad a great experience again".

It started life as a tool for testing iOS 9's own content blocker, but grew into a stand-alone project. Crystal is currently in closed public beta but its developer, Dean Murphy, has released some figures that show how effective it is. The results show that Crystal can speed up page load times by nearly four times and reduce bandwidth consumption by 53 percent. Impressive stuff, and the stats make for extremely interesting reading -- particularly for those waiting for the launch of a new iPhone.

Dean previously looked at how effective the content blocker of iOS 9's Safari is, and this inspired him to spend the next two months working on a project of his own. Crystal was born and now it's time to test it out. For the tests, Dean chose ten popular websites (New York Times, Business Insider, Macworld, Wired, The Verge, PC Gamer, iMore, Kotaku, Huffington Post, Vice) to connect to on his iPhone 6+.

Clearly with a content blocker, there are various things that can be measured, but the most important are how long it takes a page to load, and how much data has to be downloaded. The graphs speak for themselves, and it will be great to see how the blocker continues to develop over time. 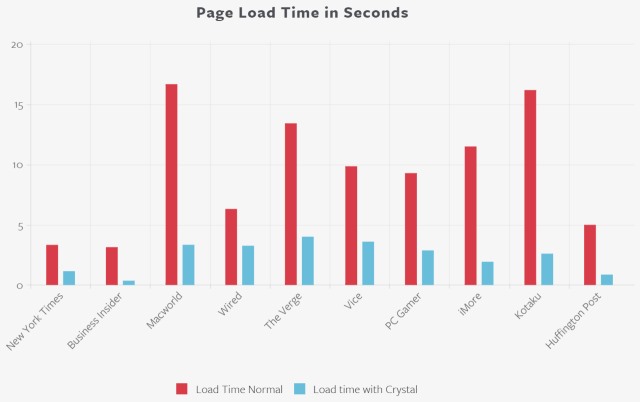 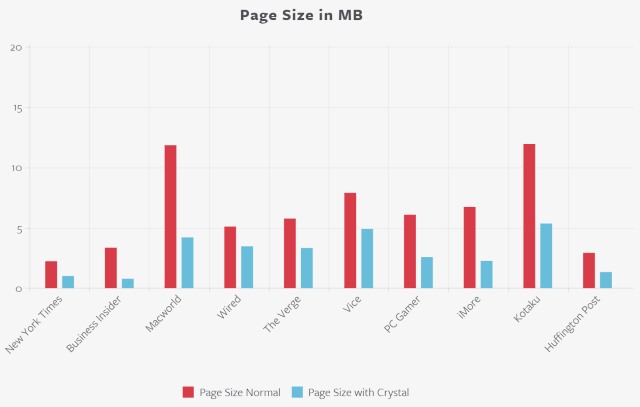 If you're interested in trying out Crystal for yourself, Dean is still taking requests to join the beta program. He's waiting for Apple to allow iOS 9 betas on its TestFlight service as this will increase the number of beta testers that can take part.