How bad is iOS 9 ad blocking for Internet advertising? 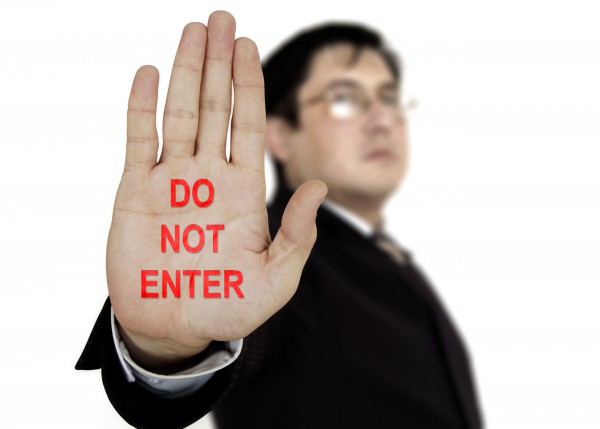 On Sept. 16, 2015, Apple released iOS 9, which enables users of iPad and iPhone to disable ads. The company claims the capability improves the overall user experience. As someone covering the tech industry for more than two decades, I perceive it as something else, too: Competitive assault against Google and means of pushing publishers to iOS 9's new News app. There is nothing friendly about Apple's maneuver. It is aggressive and tactical. But does it really matter?

Stated simply: More than 90 percent of Google revenue comes from contextual and search-related advertising. Apple derives about the same figure from selling devices and supporting services. At the same time, mobile is the future of Internet advertising and the battleground where the two meet. The entities' respective mobile platforms, Android and iOS, long ago put the tech titans on a collision course. Conceptually, what Apple can't gain from iPad and iPhone sales, it can take by shaking pillars supporting its rival's business.

Apple announced the change when introducing iOS 9 during the annual developer conference in June. Essentially, Apple will no longer, eh, block ad blockers from the iTunes App Store. Interestingly, or not, their zap in mobile Safari doesn't apply to the News app, from which Apple generates revenue.

But the company doesn't need the ad dollars, unlike Google, and risks little to nothing permitting the blockers. During calendar second quarter 2015, for example, Google reported $17.73 billion revenue and $3.9 billion net profit. Advertising accounted for $16.02 billion, or 92.7 percent, of total revenue. During the same time period, Apple reported $49.6 billion in sales and $10.7 billion net income. Excluding hardware like Apple TV and iPod that the company doesn't separate out in financial disclosures, devices accounted for 84.5 percent of total revenue. iPhone's contribution: 63 percent.

Meanwhile, Apple and Google slug one another for mobile platform supremacy. Based on second quarter smartphone sales to end users, Android's share was 82.2 percent, according to Gartner, compared to 14.6 percent for second-ranked iOS. For all 2015, IDC predicts manufacturers will ship 1.2 billion Android smartphones. iPhones: 224 million. Google gives away its platform but requires most licensees to include its apps, which tap into extended, ad-supported services.

One way to take on Android is to destabilize Google, the platform's primary developer.

Timing isn't coincidental. Winds of change sweep across digital advertising: eMarketer predicts that mobile will account for more than 50 percent of spending this year, surpassing the desktop. Purchasing habits already are changing. In the United Kingdom, for example, about one-third of retail ecommerce sales will be made on smartphones and tablets this year, the analytics firm reports. Some other numbers:

Pew reveals in its "State of the News Media 2015" report that last year AOL, Google, Facebook, Microsoft, and Yahoo, "generated 61 percent of total domestic digital ad revenue"; U.S.-only data. These five serve up most of the ads supporting the majority of content publishers.

In mid-August 2015, in conjunction with Adobe, PageFair released its annual ad-blocking report, estimating that blockers would cost publishers $21.8 billion in revenue. For context: eMarketer forecasts digital advertising spending will top $170.17 billion this year, or 29.9 percent of all worldwide advertising ($569.65 billion).

On September 19, in the early evening EDT, two of the three-top grossing iOS apps visible on my iPad Air 2 are ad blockers, Crystal and Purify as second and third, respectively. Yesterday's topper, Peace, is gone today. Developer Marco Arment pulled the app. He emotionally explains the decision on September 18:

Peace has been the number one paid app in the U.S. App Store for about 36 hours. It’s a massive achievement that should be the highlight of my professional career...Achieving this much success with Peace just doesn’t feel good, which I didn’t anticipate, but probably should have. Ad blockers come with an important asterisk: while they do benefit a ton of people in major ways, they also hurt some, including many who don’t deserve the hit.

But is his remorse justified? Will ad blockers really shake the digital ad economy's foundations? The tech already is quite popular. According to PageFair, globally, about 198 million users actively used ad blockers at the end of June 2015. The increase is enormous, up from 54 million two years earlier.

Ad blocking's popularity grows faster in some parts of Europe than North America. For example, United Kingdom: Up 82 percent, year over year. United States: Up 48 percent.

Mobile is the next thing for advertising. Safari is the leading mobile browser. By PageFair's reckoning, 16 percent (or more) of users on iOS could actively block ads. That's bad for the digital advertising economy, right? Wrong. Mobile ad spending on apps will surpass browsers by a measure of 3-to-1 this year, according to eMarketer.

Driving the difference in spending: Consumer behavior. According to comScore, in the United States, for example, consumers ages 18-34 spend more time in apps (88.6 percent) consuming digital media than browsers—60.7 percent for those over 35. Apps also get more time in Canada and United Kingdom, too. More broadly, consumers from all three countries spend more time viewing content from smartphones or tablets than they do PCs.

Something else: In the Canada and United States, news and information accounts for just 3 percent of time spent on mobile devices—5 percent in United Kingdom, comScore finds. In all three countries, social and entertainment, which are more likely consumed in apps, rank much higher. U.S. example: 29 percent and 21 percent respectively.

Bottom line: The sky isn't falling—no matter what are Apple's ambitions against Google or what fear-mongering marauders say across the InterWebs about mobile ad blocking bankrupting publishers.

Editor's Note: A version of this story first appeared on Byline.

95 Responses to How bad is iOS 9 ad blocking for Internet advertising?