How to move or resize windows with the keyboard 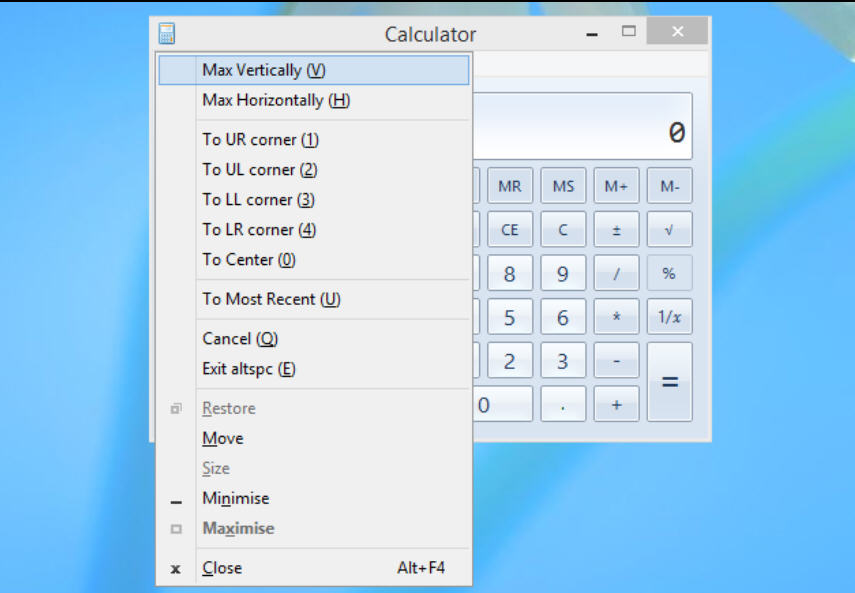 It’s easy enough to size or position windows with the mouse, but keyboard shortcuts can be quicker and more convenient.

On Windows 7 and later, pressing Win+Left or Win+Right snaps the current window to the left or right half of the screen.

Using Win+Shift+Left moves the window across displays on a multimonitor setup.

If a window is positioned off the screen, then pressing Alt+Space+M is still an easy way to bring it back. Just press or hold down the arrow keys to move it wherever you need.

Altspc is a tiny free tool which extends this idea by adding some extra options to the regular Alt+Space menu.

Other shortcuts move your window to any corner of the screen.

Pressing Alt+Space 0 moves the window to the center of your desktop.

And if you’re losing track, Alt+Space U undoes the last move and restores the previous position.

Although this is mostly very simple, there’s one slightly more advanced twist. If you’re using a multi-monitor system, altspc will move your window to the monitor with your mouse cursor.

Altspc is available now for Windows XP and later.