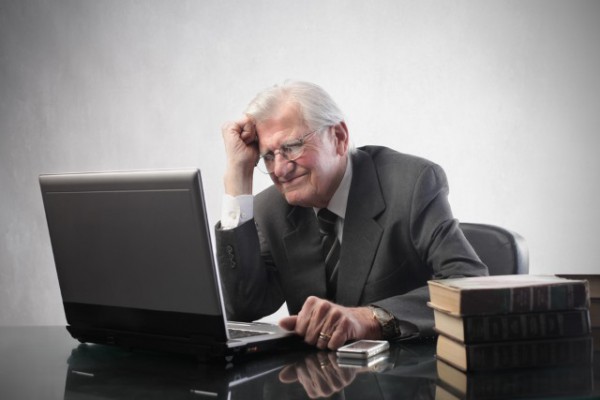 Yesterday I received a phone call from my mother asking to book a telephone appointment with my father. Being the computer literate member of the family has long meant offering computer support, no matter where I am or what I am up to. I've lost count of the number of times I've had to guide dad through the process of installing a piece of software or changing a setting. The problem this time? Windows 10.

Talking to my dad on the phone is not always easy. Firstly, while he can use a computer, he's never really got to grips with the jargon and it can be hard for him to explain what's happening at his end, and equally hard for him to quickly grasp my instructions. Things are further hampered by the fact he has been plagued with throat cancer, and endless surgery on his neck has affected his speech a great deal. Still... he had a serious problem with Windows 10 and needed my help...

The problem, specifically, was that he didn’t want it. Since the 90s he has worked his way through most versions of Windows since Windows XP and has settled nicely into Windows 8.1. But he was caught out by Windows 10. He was recently offered the chance to reserve a free copy of Windows 10 and accepted without really thinking about it a great deal. And then promptly forgot about it.

As we know, Microsoft caused a good deal of upset by automatically downloading the Windows 10 setup files to people's computers regardless of whether they had expressed interest. But dad had reserved a copy, so rather than a forced download, the subsequent arrival of Windows 10 was at least justified, if not necessarily really wanted. The installation files downloaded and at some point in the last few days, Windows chucked up a message asking if dad was ready to install Windows 10.

He didn’t really mean to, but he did. Somehow he managed to get the installer to the point of no return and ended up with a computer kitted out with Windows 10. He didn't like it. In fact, he hated it. He couldn't find what he needed. Everything looked different. Dad's not exactly set in his ways, but Windows 8.1 was familiar, and this... well... it wasn't.

So it was down to me to tell him how to uninstall Windows 10 and go back to his beloved Windows 8.1. I have a love/hate relationship with Windows 10 and I can understand why someone who has become used to doing things in a particular way would question the value in changing.

"Do I open the Control Panel?" he asked.

It seems like a little thing, but I was quite pleased that he'd thought of this; Dad doesn’t really venture outside of Outlook, Internet Explorer, and Word -- just about anything else needs guidance.

Sadly, impressed though I was, his suggestion was wrong. I've guided him through the process of uninstalling software before, and it has usually meant paying a visit to Programs and Features in the Control Panel. It makes sense that uninstalling Windows 10 would be the same. But no.

"No, things have changed a bit. You need Settings now."

"What did they go and change that for? I can't find my Word and internet either!"

A few minutes later we'd managed to start the recovery process and we carried on chatting while the computer did its thing. It was still whirring away when we'd run out of conversation, but a little while later that evening I received a text from my mother (mum operates the mobile phone, dad is in charge of the computer. These roles will never change):

"Computer bck 2 normal thank u 4 sorting it out"

Yes, my mother uses txt spk and zero punctuation. It frequently makes her texts quite hard to interpret!

Of course, there are still a few things to do. First there's the task of getting rid of the Windows 10 upgrade files, and then we'll need to make sure that Windows 10 isn't offered again -- if dad changes his mind in a few months, he can get hold of it manually. Or, I can tell him how to, at least.

I'm not sure that Microsoft considered people like my dad when it put together Windows 10. My father is not stupid -- far, far from it -- but he was knocked off balance by being thrown into an alien environment. People like my dad were not part of the preview program. They were not providing feedback. It's entirely possible that Windows 10 has been created for entirely the wrong people. Users like my dad may not be in a majority, but there are certainly an awful lot of them.