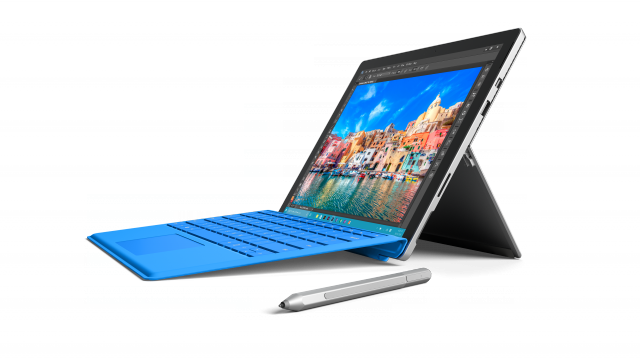 Combined shipments of PCs, tablets and phones reached 2.39 billion units in 2015, according to a new report from Gartner, with an increase to 2.54 billion units expected for 2018. As you might expect, phone shipments account for the vast majority of units, 1.91 billion of them to be exact.

Premium ultramobiles -- high-end ultrabooks like Apple's MacBook Air and tablet/hybrid devices like Microsoft's Surface Pro 4 -- will make up for the poor performance of traditional PCs, with shipments expected to reach 92 million units in 2018, up from 45 million units in 2015.

It should be noted that Gartner has opted to include devices like Surface Pro 4 in the premium ultramobiles category, which itself is listed as "belonging" to the PC market. Without a more encompassing categorization such as this, such devices could fit in the tablet category, although some are neither common tablets nor full-on PCs, to be fair.

In the cases of such devices lacking a keyboard, it is not necessarily appropriate for them to be bundled together with those that have this hardware. There is also the matter of marketing, as I explained in the comments section of my previous story covering PC shipments in 2015 -- even Microsoft calls Surface Pro devices "tablets" that can replace your laptop", not PCs.

The lines may be blurry, but either way, using this labeling scheme, the state of the PC market definitely doesn't look as dire in the long run as it does when only traditional PCs with high-end ultrabooks are counted. This should also serve as advice to look carefully at the numbers offered in future reports.

(When I originally covered IDC and Gartner's numbers for PC shipments in 2015, I wrongfully assumed that hybrid devices and productivity-oriented tablets like Surface Pro 4 weren't included in Gartner's numbers. With the above explanation, however, it is now clear that this is the case for Gartner's own reports. IDC, however, chooses to count the so-called "detachable tablets" separately, which paints a less rosy view of the market in the years to come, so keep this in mind.)

"Ultramobile premium devices are expected to drive the PC market forward with the move to Windows 10 and PCs built around Intel’s Skylake architecture", says Gartner research director Ranjit Atwal. "We expect that businesses will deploy Windows 10 faster than with previous Windows upgrades. Given the shorter testing and evaluation period, many businesses could start to migrate by the end of 2016. By the end of 2017, many business are looking to move as much as 40 percent of their installed base onto new Windows 10 devices, mainly driven by the appeal hybrid touch-screen 2-1. This will be the catalyst for growth in the PC market in 2017".

The so-called basic and utility ultramobiles, which is Gartner's speak for consumer-oriented tablets such as Apple's iPad and Google's Nexus 9, will see a modest increase in 2018 compared to last year, growing to 198 million units from 196 million units. This year, they are expected to ship in lower numbers, 195 million units to be exact, but the 2017 shipments are expected to match 2015's numbers.

Last, but not least, we have phones, the most popular consumer devices. Shipments are expected to increase to 2.03 billion units in 2018, with smartphones slowly growing at the expense of basic phones. In fact, smartphones are expected to make up 82 percent of phone shipments this year, which represents a 12 percent increase year-over-year compared to 2015. "Users are also opting to replace within the basic smartphone category without necessarily moving to high-end smartphones, especially in China and some other emerging markets", adds Atwal.

Ultimately, it looks like the consumer device market, which includes all the aforementioned categories in Gartner's view, will be driven only by premium ultramobiles and phones, but, of the two, only the former will offer the largest room to grow for vendors looking to make a splash. In case you have not noticed, shipments of premium ultramobiles are expected to increase by over 100 percent in three years, which is more than can be said about phones.