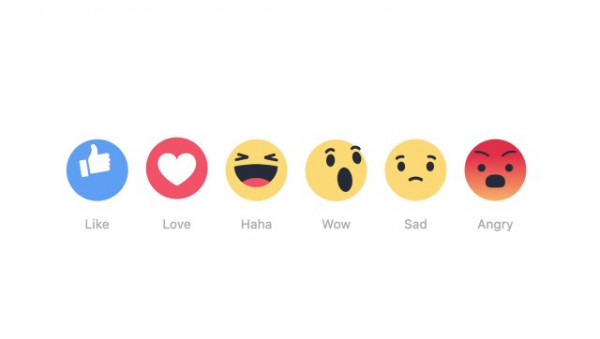 Police in Belgium are warning people not to use Facebook Reactions because of the risk they pose to privacy. Introduced recently to supplement the iconic Like option, Reactions give Facebook users the chance to respond to content with Love, Haha, Wow, Sad, and Angry emoji.

But Belgian police have issued a 'Safe Browsing' warning advising that Facebook is using Reactions to gather information about social network users. Specifically, the police warn that in using Reactions to express emotions, users are giving Facebook the opportunity to build up a more detailed personal profile about them and use that information to deliver closely targeted advertising.

The police suggest that this is the very reason Facebook limited Reactions to just six options. The warning says that it is a carefully orchestrated campaign to encourage users "to express your thoughts more easily so that the algorithms that run in the background are more effective".

Appearing on the official website of the Belgian police, the statement (issued in Dutch, but Google Translate is your friend) says that the use of personal data for advertising in this way is "one more reason therefore to not rush to click if you want to protect your privacy".

The warning is a reiteration of what others have suggested is Facebook's reason for launching Reactions, but emanating from such a figure of authority is slightly unusual. A recent study showed that people are not really making use of Reactions, which many people believe Facebook introduced to encourage greater interaction with content as users become increasingly wary about their privacy.

The warning may have been issued to Belgians, but it serves as a handy reminder for Facebook users around the world.