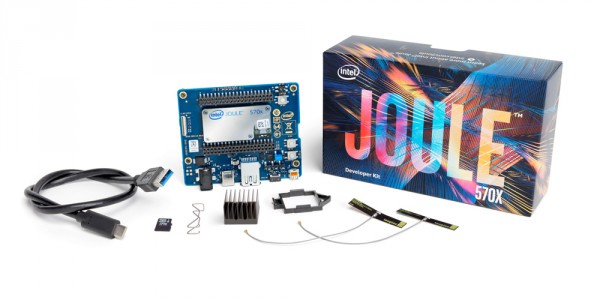 The original Raspberry Pi sparked the creativity of many developers and students, but it was woefully underpowered. Through several iterations, however, it slowly became more powerful. While the most recent version -- the Raspberry Pi 3 -- has a much more capable processor, some developers will still want even more horsepower.

Today, Intel announces a maker board that puts the Raspberry Pi 3 to shame. The Joule system-on-module mini-computer features RealSense camera support and runs Ubuntu Linux Core. Best of all, its specs are very impressive for what it is.

"We're happy to welcome a new development board in the Ubuntu family! The new Intel Joule is a powerful board targeted at IoT and robotics makers and runs Ubuntu for a smooth development experience. It's also affordable and compact enough to be used in deployment, therefore Ubuntu Core can be installed to make any device it’s included in secure and up to date … wherever it is", says Canonical.

Intel explains, "Joule enables people to take a concept into a prototype and then into production at a fraction of the time and development cost. The Intel Joule platform is a high performance system-on-module (SOM) in a tiny, low-power package thus making it ideal for computer vision, robotics, drones, industrial IoT, VR, AR, micro-servers and other applications that require high-end edge computing". 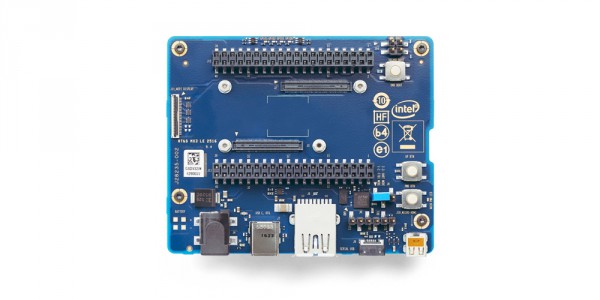 You can see a robot powered by Intel Joule in the video below.

While both versions of the Joule handily destroy the Raspberry Pi 3, it is important to note that Intel's board will not cost $35 like the Pi. Pricing is not official, but according to Engadget, the 570x will retail for $369. In other words, Intel's offering could be more than ten times the cost of the Pi!

What projects would you make with the Intel Joule? Tell me in the comments.