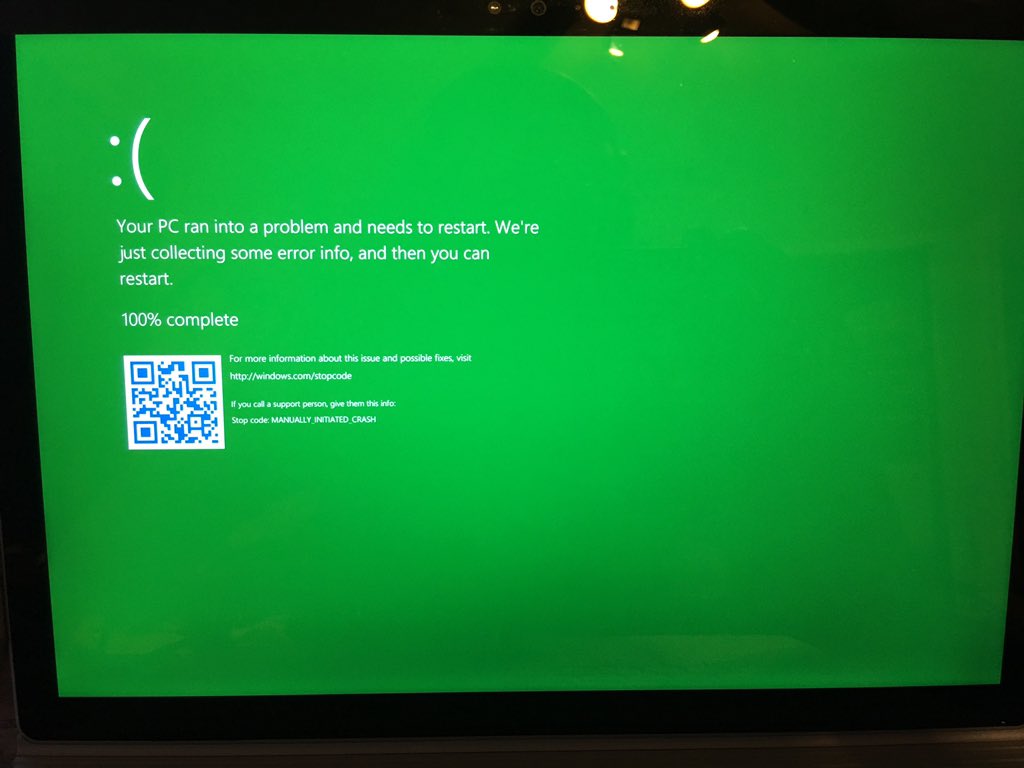 The other day I turned on my computer and was faced with the infamous Blue Screen of Death. This one was caused by a graphics error, and nothing too onerous, but I’ve had to troubleshoot numerous terrifying BSODs over the years.

The Blue Screen of Death is synonymous with big show-stopping problems, but Microsoft is currently toying with a different shade of terror -- green.

The software giant isn’t intending to permanently swap blue for green though, this is just something that’s being used in Windows 10 Insider Preview builds in order to make it easier for Microsoft to spot where a crash screen originated -- from a consumer build (blue), or a less stable preview one (green).

This new shade makes its first appearance in leaked Insider Build 14997, and looks quite festive.

Microsoft’s Matthijs Hoekstra confirmed via Twitter that the change to green is only for Insider Builds, but he also confessed he has no idea why Microsoft chose that particular color.

@Chris123NT only for insiders builds

What do you think of the idea of a Green Screen of Death? Is there another color you'd prefer to see?