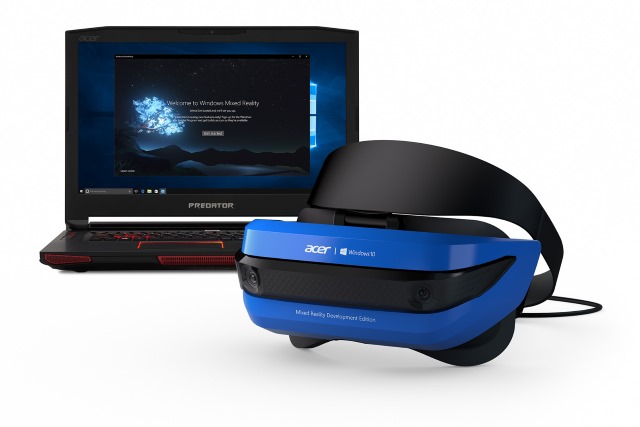 It seems like a little while since we heard anything about Windows Holographic, and that's not something that's going to change any time soon. Microsoft is not killing off the project (and HoloLens lives on), but has revealed that it is now going under a new, more descriptive name: Windows Mixed Reality.

The company is aiming to bring mixed reality into the mainstream, and has already revealed the entirely reasonable minimum specs needed to run a headset on a Windows 10 computer. Working with a range of partners, Microsoft says it is ready to deliver the "first mixed reality headsets to deliver built-in inside-out tracking" -- meaning everything necessary is built into the headset, and there's no need for external sensors.

Mixed reality headsets are due to start shipping this month, and at a presentation at the Game Developers Conference (GDC) in San Francisco, Microsoft announced that Acer Windows Mixed Reality Development Edition headsets will ship to developers who attended the session "in the coming months." The specs for the headset are as follows:

At this stage, headsets are only being sent out to developers, so consumers who are eager to get their hands on one will have to wait a little longer. The name change may catch some people off guard, however. In a statement, a Microsoft spokesperson said:

We're unifying the mixed reality ecosystem around a platform that enables shared experiences and interoperability between headsets. By opening up the Windows Mixed Reality platform to the industry at large, we anticipate the growth of holographic apps will make for stronger experiences and better devices for everyone.