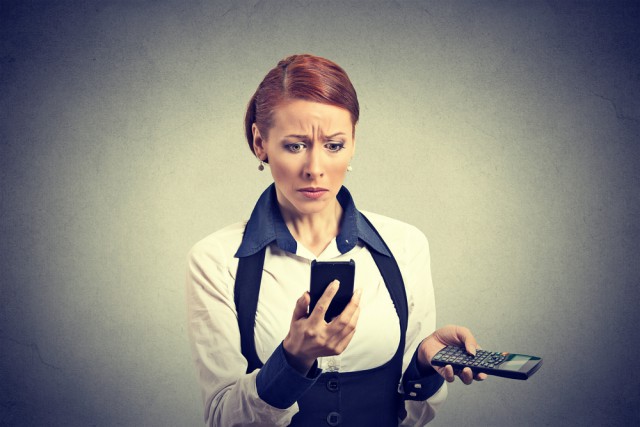 It’s no surprise to anyone that the UK is in the grips of a legacy technology crisis. But, in an age of digital innovation it’s not acceptable that so many organizations are still running on technology that should have been left behind over a decade ago.

The golden rule with technology in any organization is to not lag too far behind. Equipment that is old, breaks down or slows work activity will have significant effects on the motivation levels of employees, and it’s already giving way to a negativity epidemic in UK offices.

This goes beyond communication tools, to areas such as software environments, desktop or server systems, databases, to the way we’re allowed to store and retrieve information. The ease with which we’re allowed to work and interact with our machines can have a profound enabling effect, triggering feelings of positivity and inspiration within work environments. Or the opposite.

Unfortunately new research we conducted has uncovered that the latter is happening far too often. Over two thirds (63 percent) of UK office workers in the study said they feel negatively about their workplace, with outdated ways of working causing low morale and low motivation across the country.

The survey of 6,000 office workers across Europe revealed that people in the UK were the most likely to describe their working environment as uninspiring (34 percent versus European average of 28 percent), with some also choosing to describe it as "grim," "oppressive" and "toxic." Only 17 percent would describe their environment as motivating -- a concerning result.

Asked why they described their office in this way, a third blamed outdated and frustrating ways of working (35 percent), while a quarter said that too long is spent on boring admin tasks (24 percent) and 23 percent that everyone communicates over email, instead of talking.

Technology in the workplace was identified as a major pain point, with just over half (51 percent) of respondents saying it is restrictive and limiting. The average UK worker was found to get frustrated at their office tech three times a day, or 16 times over a working week -- driving 32 percent to pretend something was broken so they could avoid using it, and 41 percent to use their personal devices instead.

Making sure everyone feels motivated is important for creating a happy workplace, where people want to and can do their best work. Technology only improves motivation if it’s helpful and easy to use; otherwise it becomes a de-motivator, either not being used, or worse, causing frustration.

For an organization to motivate its staff, it must allow for the connectivity that is appropriate to the type of work environment. If an organization wants to be modern and relevant, and a place where people want to have long careers, the company needs to stay in touch with the way people engage with technology.

This is particularly pertinent in knowledge work where a person is employed to produce or analyze ideas and information, such as an engineer, accountant or marketing salesperson, which requires the sharing and collaboration of ideas with others and being in touch with the latest thinking.

It is also especially important when it comes to considering the motivations of younger workers. Within the next 10 years, millennials (those born after 1982), will make up the majority of our workforce. With that in mind, it’s important that we not only learn from them and encourage their insights, but also provide them with modern and intelligent technology that is either similar to what they use as consumers or find easy to navigate. Our research found that millennial workers were actually more likely than all other age groups to declare that they would be more motivated if their office had up-to-date technology (43 percent), a statistic that businesses would be loath to ignore.

One way in which businesses can address providing more "up-to-date technology" is to embrace mobility and the flexibility for a "bring your own device" (BYOD) policy in their workplace. For many, particularly millennials, being mobile is now an expectation, and there is a growing preference for using their own mobile devices in place of those provided by their employer. Businesses need to appreciate this and be prepared to adapt. If it isn’t possible for them to provide their staff with the technology that their employees would prefer, they need to ensure that their existing systems are at the very least compatible with user-preferred devices.

It’s about more than just accommodating these preferences though. The rise of this "BYOD culture" has other implications that need to be taken into account. Consider data security. Businesses and staff alike have to be aware and careful about who is able to access information and when. Successfully tackling this issue is simply a matter of investment, both from a company level, and also of staff being motivated enough to embrace it in the correct way. If businesses don’t provide people with ways of sharing data securely, expect that these people might use insecure but easy-to-use methods -- a potential data security issue later down the line.
What businesses also need to remember when addressing staff motivation in the workplace, however, is that it might take more than just solving office technology problems to keep their staff happy. For many staff, the issue might not just be the technology, but how much freedom they are given to do their jobs effectively. Many jobs are set up with certain bureaucratic boundaries which don’t allow individuals enough freedom to do what they need to do most efficiently. This issue can actually impact upon motivation levels in a similar way to inferior technology, allowing staff certain things but not allowing others; hence why so many people in our research described their office technology as ‘restrictive’. This can obviously lead to frustration. If a company’s infrastructure doesn’t work, people become less engaged and less inspired to provide that extra effort required to do a great job.

It isn’t too late to start addressing the negativity epidemic. Businesses just need to take simple steps. Ensuring the technology their staff use is modern and part of a connected office environment, enabling a faster, more efficient and more pleasant working experience, will go a long way to improving attitudes in the workplace. Assessing the tools staff use and the tools they need will also help to make those improvements that encourage people to enjoy coming to work.