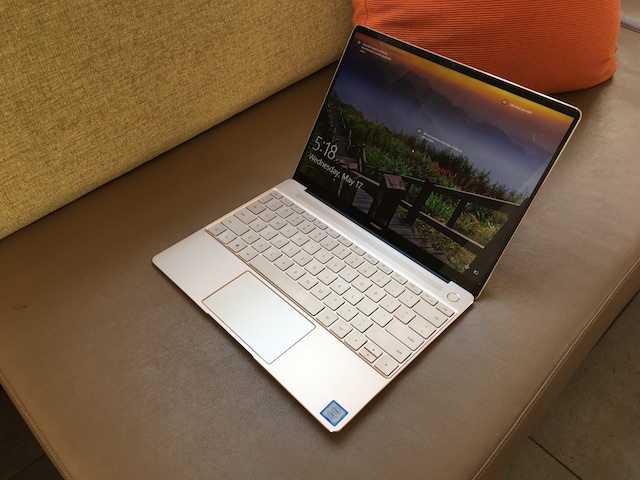 Last year, Huawei released its first-ever Windows 10 device -- the MateBook. The tablet/laptop hybrid was a bit underpowered, but had incredible build quality and a gorgeous screen. It also had solid speakers and a fast fingerprint reader. Overall, I picked it as my favorite Windows 10 device of 2016. Today, Huawei unveils its successor -- the MateBook E. It isn't a radical redesign, which is a good thing.

The company is not stopping there, however, as it also announces two new MateBook computers which are traditional laptops -- the "X" and "D". The former is a very svelte and elegant 13-inch Ultrabook, while the latter is a larger 15.6-inch laptop.

I had the opportunity to try the MateBook E and X recently, and came away very impressed with both. The "E" improves upon the previous generation MateBook with an improved 2K screen and upgraded internals. The keyboard case now features improved chiclet keys and a stand that offers a wider range of movement for better angles. Best of all? In the USA, the keyboard will be included for free! The optional USB-C dock/dongle has been redesigned, but the stylus remains the same. If you loved last year's MateBook, the MateBook E is a worthy upgrade.

Huawei Shares the full specs of the MateBook E below.

The true star of the show, however, is the fanless MateBook X. The little laptop is insanely thin -- the smallest 13-inch laptop ever. Believe it or not, it is thinner than both the newest 12-inch MacBook and 13-inch MacBook Pro.

It features an all-aluminum unibody body. It is very Apple-like in design, which is a good thing. It features a gorgeous 2160 x 1440 screen, but it is not touch-capable. It does have a fingerprint reader on the power button, however.

The Dolby Atmos audio system -- the first time on a laptop -- produces some of the best sound I have ever heard from a notebook. Not only is the sound well-balanced, but the speakers get very loud. In fact, at maximum volume, I heard no noticeable distortion.

Since the dual-core MateBook X is designed more for portability and not hardcore power, the 8GB RAM limitation probably won't bother the intended consumers. While it features dual USB-C ports, only one can be used to charge the machine -- the other is for data only. There are no Type-A ports to be found. With that said, the Type-C dock/dongle comes included with the X. Sadly, the beautiful Rose Gold variant of the MateBook X is exclusive to China.

Huawei shares the full specs of the MateBook X below.

"MateBook D is a 15.6-inch notebook, measuring 16.9mm in thickness with a narrow 6.2mm bezel. With a large viewing angle of 178 degrees and an 83 percent screen-to-body ratio, it is ideal for multimedia. The device is crafted from aluminum alloy material, and is available in three colors: Space Gray, Champagne Gold and Aurora Blue. It features a full-size chiclet keyboard, and Dolby Atmos Sound System, with speakers co-designed with Dolby. With a choice of either the 7th Generation Intel Core i7 or i5 processors, select models of the HUAWEI MateBook D also feature NVIDIA GeForce 940MX Graphics with 2GB GDDR5 video memory for gaming. Its 43.3Wh battery supports hours of immersive entertainment," says Huawei.

I was surprised to learn that it will have no USB Type-C ports -- very curious for a computer in 2017. With that said, not many consumer accessories use that new standard -- yet. 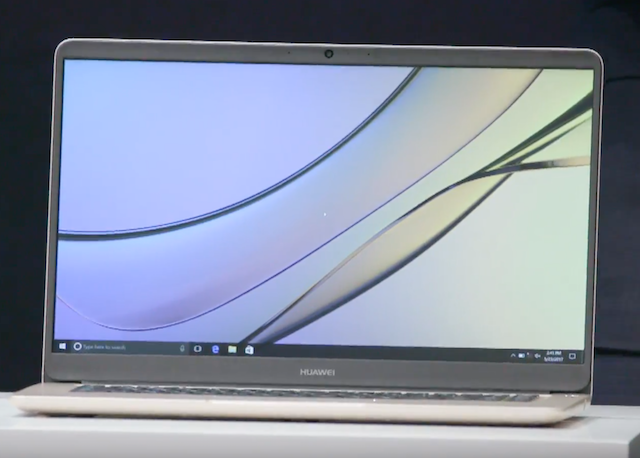 Huawei shares the full specs of the MateBook D below.

All three models will be released this summer, although exact dates are not yet known. Pricing starts at €1,399 for MateBook X, €999 for E, and €799 for D. Which model will you buy?