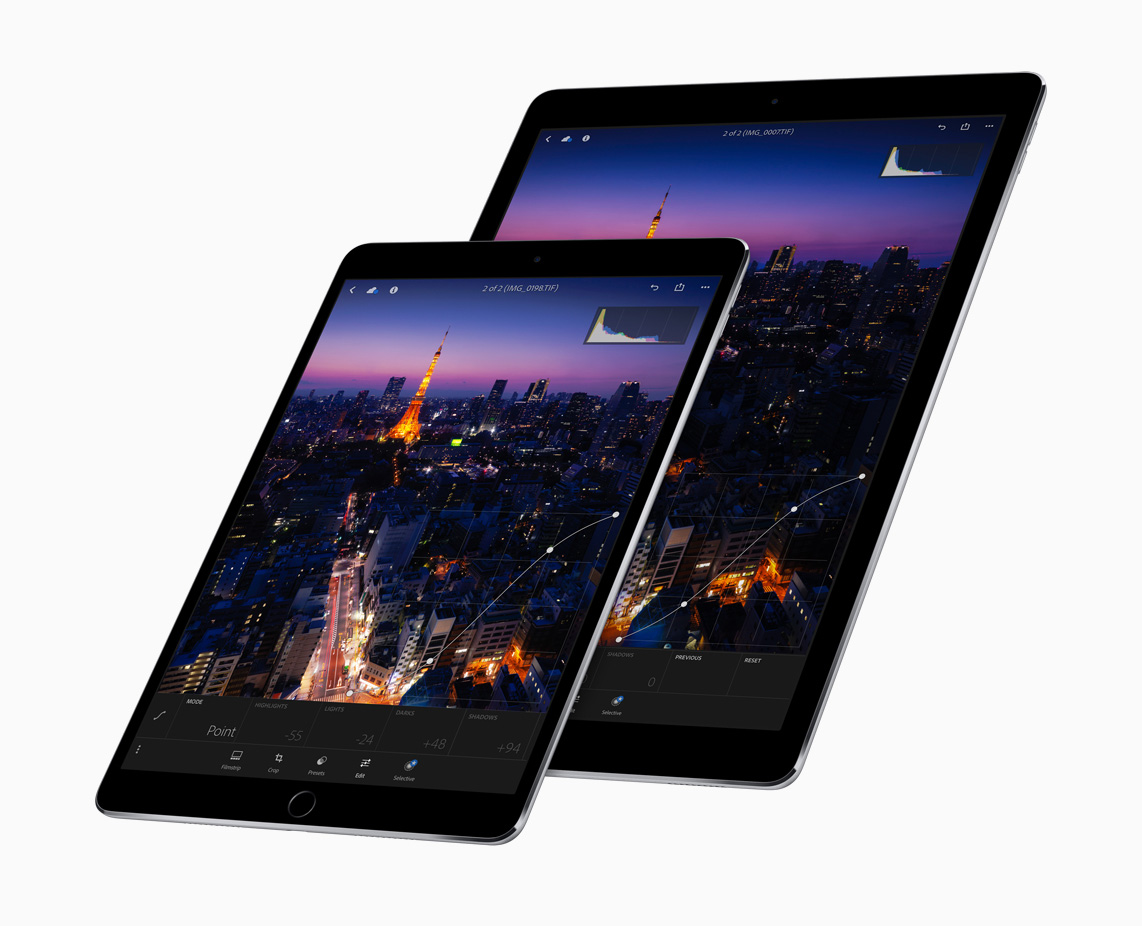 Apple’s Worldwide Developer Conference is traditionally about software, but that certainly isn’t the case this year as the tech giant has refreshed its Mac line, and introduced a new HomePod speaker.

The new 10.5-inch model reduces the bezels by nearly 40 percent and has a redesigned Retina display that’s 20 percent larger than the 9.7-inch iPad Pro. The display is brighter and features antireflective coating.

iPad Pro now has ProMotion, a new technology that delivers refresh rates of up to 120Hz for fluid scrolling, greater responsiveness and smoother motion content. It automatically adjusts the display to the movement of the content.

The new tablets feature the same advanced front- and back-facing cameras as iPhone 7, including a 12-megapixel camera with optical image stabilization, and a 7-megapixel FaceTime HD camera.

New iOS 11 features will allow you to get more out of the iPad too. These include an all-new Files app, multi-touch drag and drop support, a customizable Dock that provides quick access to frequently used apps and documents, improved multitasking, a new document scanner in Notes, and deeper integration with Apple Pencil.

"These are by far the most powerful iPads we’ve ever created with the world’s most advanced displays featuring ProMotion, the powerful new A10X Fusion chip and the advanced camera system of iPhone 7," says Greg Joswiak, Apple’s vice president of Product Marketing. "Together with iOS 11 these new iPad Pro models will radically change what users can do with iPad."

You don't have to wait until the holiday season to get your hands on them either, and they are both available to order beginning today from apple.com and will ship next week. Both models will be available to buy from next week too.