Facebook's new mission statement: 'give people the power to build community and bring the world closer together' 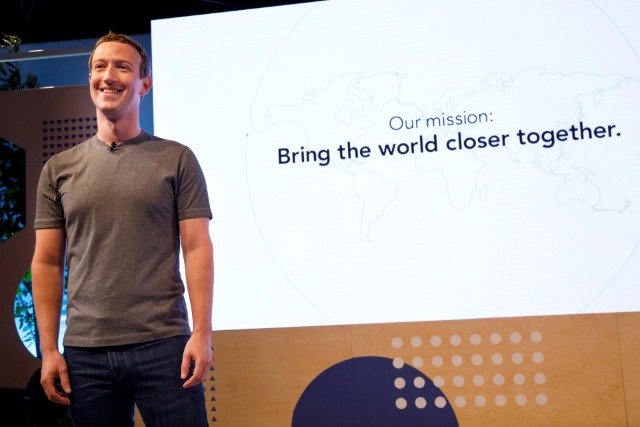 Mark Zuckerberg has announced a new mission statement for Facebook. The social network is no longer interested in making the world "more open and connected," now it wants to "give people the power to build community and bring the world closer together."

The change of direction will set Facebook's course for the next decade, and it was revealed at the Facebook Communities Summit. At the summit Facebook also revealed a new batch of tools for group admins to help drive the sense of community and make groups easier to manage.

In typical Zuckerberg style, the new mission statement is described as being more than just a mission statement -- it's no less than a "nuanced philosophy and hope for the world." He says that: "We need to give people a voice to get a diversity of opinions out there, but we also need to build enough common ground so we can all make progress together. We need to stay connected with people we already know and care about, but we also need to meet new people with new perspectives."

The challenge for Facebook is to create an environment in which everyone has a sense of purpose, and the social network wants to foster the notion of working together towards a shared goal.

Facebook realizes that its latest mission statement is not something it can achieve by itself, and this partly explains the introduction of the new group admin tools. Vice president of engineering at Facebook, Kang-Xing Jin, introduces the new options:

5 Responses to Facebook's new mission statement: 'give people the power to build community and bring the world closer together'