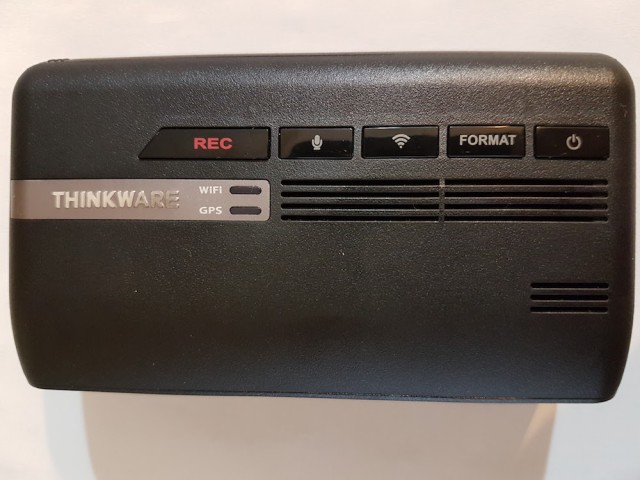 For a dash cam to stand out from the crowd it needs to go beyond the basics of recording video. It has to be easy to use. The quality needs to be very good. It has to be reliable in a wide range of conditions. It must not lose footage in the event of a crash. And, last but not least, it needs a couple of differentiating -- but useful -- features to give it an edge in this highly competitive market.

The F770, one of the most attractive dash cams in Thinkware's high-end lineup, promises all those things and more. Question is, just how well does it perform in real life? I've tested it to find out.

This is the second review of a Thinkware dash cam, after the excellent X550 -- which you can read about here. The main difference between the two in terms of specs is that the F770 comes with built-in Wi-Fi, while the X550 features an LCD on the back. There is an app available to control the features that cannot be accessed using the physical buttons.

The design is also different. The F770 is mounted flat on the windshield and to set it up properly you can change the angle of the lens to suit your preference. The X550 has a joint mount, but the camera is fixed on the case, so adjustments are made by tilting the device.

Another difference comes from the placement options. Both work best when they're placed high on the windscreen, but the F770 also works great when it's behind the rear view mirror. With the X550, you would be unable to see the display in that position, so you need to have it lower. The F770 can be less distracting when it's hidden, but that depends on personal preference.

The F770 that I have tested is the base model, which comes with a 12V/24V power cable, windshield mount, four clips to route the cable around the edges of the windshield, a spare 3M adhesive tape, a 32GB microUSB cable with two adaptors (to microSD and USB), and the user manual.

There is also a bundle that includes a rear module, which syncs up with the F770, and a hardwiring kit, if you want to have it installed permanently in the car. That offers the benefit of more video coverage in case of an incident, but is also pricier.

Installing the F770 in the car is easy. The ideal placement is high on the windshield, with the camera module aligned with the middle of the hood. That gives you the best results in terms of coverage and feature compatibility; some functionality depends on having the F770 aligned properly in order to work at its full potential. 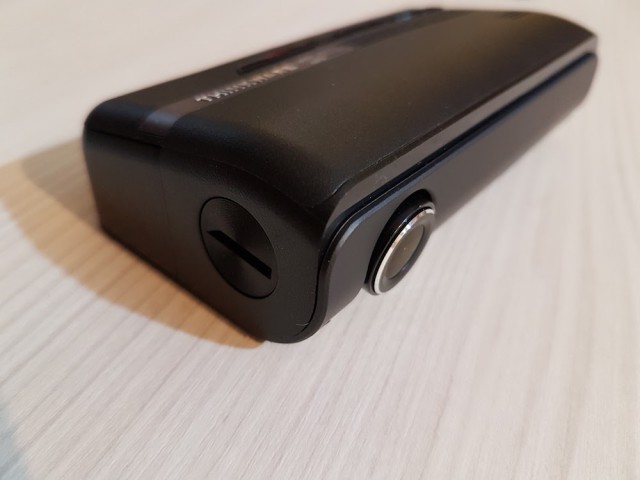 Once you have it mounted, you only have to insert the microSD card, connect the power cable to the camera and plug the other end in the 12V socket and you're ready to go. The F770 starts recording automatically, so you do not have to worry about pressing any buttons before you start driving.

After that's done, you might also want to use the clips provided in the box to route the cable, as otherwise it'll just hang from the F770. Worth noting is that, depending on how your 12V socket is designed, there is a chance that it will power anything that's plugged in when the engine's turned off. So, check that if you want to leave the F770 connected all the time, so you don't drain the battery.

The default settings on the F770 work pretty well for most people, but there are some things that you may want to change or become familiar with before you start relying on it.

Out of the box, the F770 records audio from inside the car. The idea here is that, if you get into a sensitive situation, you will have the audio recording in the video to clear up any issues. If that is something you do not want, this feature can be disabled by pressing the microphone button on the F770.

The F770 is set up for use in a car, so if you have an SUV or a truck you should go in the settings and make the appropriate change. To do that, you need to use the Dashcam Viewer app on your smartphone. To connect to the F770, turn on the Wi-Fi and use "123456789" as the password.

That setting impacts front collision and lane keep alerts. The system works pretty well, though you should not rely on it while driving. The alerts are pretty loud, but the volume can be adjusted if you want. You can read more about that in the X550 review.

The F770 also offers safety camera alerts, which work for red lights, speed cameras, average speed areas and places where you're likely to encounter police (presumably, with radar guns). You will need to download the data from Thinkware's site and upload it to the F770 in order to take advantage of this feature.

What else does it offer? Like other dash cams in the range, the F770 is designed to preserve the footage before a crash on the internal memory. That's designed as a backup, in case the microSD card gets damaged. And, in case you need to delete the footage quickly, there's a format button on the F770 that lets you do that.

And there is built-in GPS as well. The benefit is that the time and date are automatically synced, the speed is embedded in the video (but that option can be disabled), and you have the coordinates too. If you use the Windows or macOS app, you can see where you were on a map at the exact time in the video. That is a pretty useful thing to have.

The F770 comes with a 2.19MP Sony Exmor sensor and records video at 1080p. There is no option in the camera to change the video quality, such as to a lower resolution, or change the framerate from the standard 30FPS. That's likely because the camera is set up to shoot in continuous recording mode, so you always have the last hours of footage on the microSD.

The videos look pretty good, having enough detail to make out license plates and street signs. The videos are one minute long each. The downside is that you get a ton of videos on the microSD card, but the benefit is that, if you only require a couple of minutes of footage, you only need to keep a few small files.

To get an idea of the quality, check out the samples below. Keep in mind that YouTube applies compression algorithms to the videos you upload, to keep the size in check. That has an effect on video quality.

The F770 is an interesting dash cam for buyers in the high-end market, having an attractive feature set and solid video quality. Should you buy it?

That depends on how much you are willing to spend. The F770 is a premium product, being available for $271.99 on Amazon.