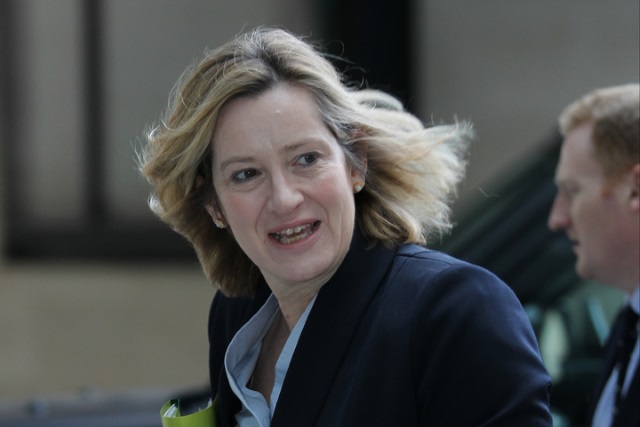 The UK Home Secretary, Amber Rudd, has admitted that she doesn't understand end-to-end encryption, but still wants to "to find the best way to combat" it anyway. Speaking at the Conservative Party conference, she said that Silicon Valley had a "moral obligation" to help fight the crime and terrorism she believes is abetted by encryption technology.

Despite having previously voiced support for back doors into systems such as WhatsApp, Rudd said she does not want such access, nor is she seeking to ban encryption. Saying "I don't need to understand how encryption works to understand how it's helping -- end-to-end encryption -- the criminals," she added that she wants technology firms to make it easier for police and security services to access encrypted data.

The Home Secretary was asked by an audience member -- presumably confused by her seemingly contradictory statements -- whether she understands how end-to-end encryption works. She replied: "It's so easy to be patronized in this business. We will do our best to understand it."

She went on to say how she perceives encryption as being a tool for criminals:

We will take advice from other people but I do feel that there is a sea of criticism for any of us who try and legislate in new areas, who will automatically be sneered at and laughed at for not getting it right. I don't need to understand how encryption works to understand how it's helping -- end-to-end encryption -- the criminals. I will engage with the security services to find the best way to combat that.

It was pointed out that the genie is now out of the bottle when it comes to encryption. Chief executive of the Internet Association, Michael Beckerman, said that Rudd would weaken security for everyone, while leaving the technology available for criminals to still use. She replied:

I am not suggesting you give us the code. I understand the principle of end-to-end encryption -- it can't be unwrapped. That's what has been developed. What I am saying is the companies who are developing that should work with us.