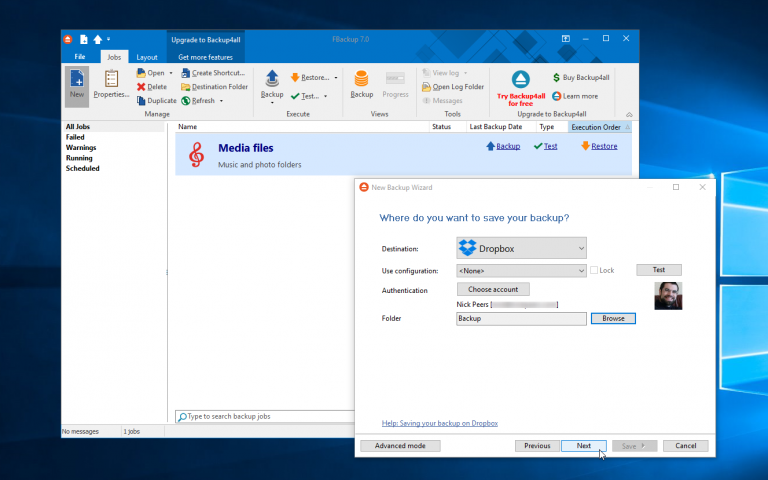 FBackup 7.0’s highlights include two new backup destinations. Users can now back up to Dropbox as well as Google Drive, plus CD/DVD is now an option too. Backups to Google Drive now come with a real-time progress indicator.

The Plugin Management section adds a new search option. Other changes include a redesigned user interface, with the ability to compact and customize the Navigation pane.

The New Backup Wizard has been restructured as has the options list. The Last Modified folder date is now also restored from backups.

Users gain more advanced options: block backup for files over a certain size only, plus a scheduled suspend option for pausing backups between specified times.

A quick email notification setting has been added to the New Backup Wizard along with a new Control tab for quickly suspending, stopping or cancelling jobs.

Among other changes, the Plugin Creator has been redesigned to make it easier to create user plugins, while all cloud destinations are updated to support and use the latest APIs.