Every month, StatCounter reports on the state of the desktop operating system market. Since October last year, the analyst company’s figures have shown the gap between Windows 10 and Windows 7 narrowing. It looked as if the newer OS would overtake the older one in November, but that didn’t happen, and it didn’t happen in December either.

However, in January, according to StatCounter, Windows 10 finally claimed the top spot.

The gap between the two operating systems stands at 0.92 percent, in Windows 10’s favor. 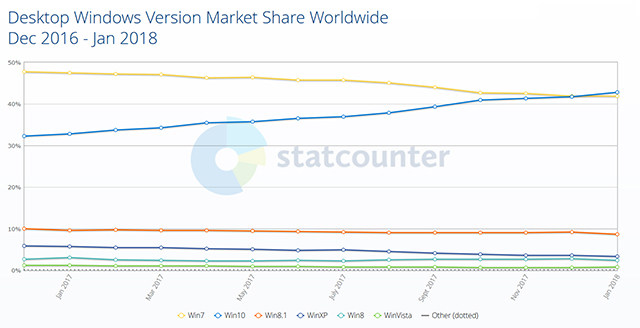 It was only a matter of time before Windows 10 overtook Windows 7, given the company made it free, and for a while forced it onto users. It is a good operating system now though, and deserving of the top spot.