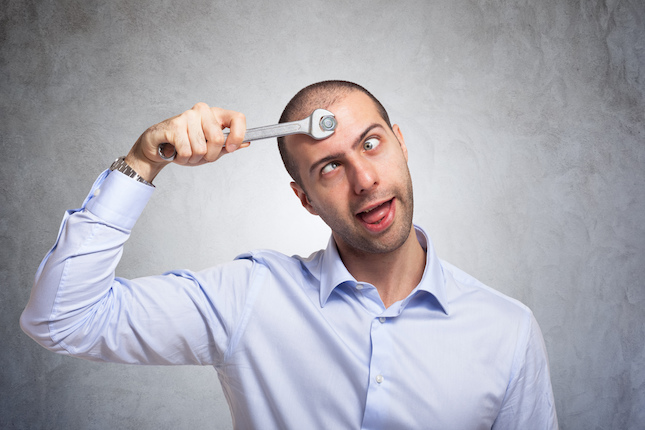 As someone that typically loves Apple products, I was initially interested in HomePod. After all, it is gorgeous and designed for use with Apple Music -- my choice for a streaming music service. Once common sense set in, however, I realized it was not something I wanted. Why? Well, the $350 asking price is just too high compared to competitors. I'd actually be willing to pay a premium for a quality product, but Siri just cant compare to Alexa at this time. And so, I passed on HomePod.

And thank God that I did. You see, there have been reports from people that HomePod was ruining wood furniture. Consumers were claiming that both the white and grey versions of the cylindrical speaker were leaving white rings on some wood surfaces. Sadly, this was not a hoax or rumor, as Apple has now acknowledged it is aware of the "problem." The company will be issuing a recall, right? Oh no -- that would make too much sense. Instead, Apple hilariously states this is totally normal ("not unusual")!

Listed in a guide for caring for the HomePod, the iPhone-maker says the following.

It is not unusual for any speaker with a vibration-damping silicone base to leave mild marks when placed on some wooden surfaces. The marks can be caused by oils diffusing between the silicone base and the table surface, and will often go away after several days when the speaker is removed from the wooden surface. If not, wiping the surface gently with a soft damp or dry cloth may remove the marks. If marks persist, clean the surface with the furniture manufacturer's recommended cleaning process. If you’re concerned about this, we recommend placing your HomePod on a different surface.

Could the marks go away on their own as Apple claims? Sure, maybe. But it is insane that a consumer should be expected to just hope and pray that their furniture somehow self-heals. How can that be acceptable?

#homepod left rings on my wood furniture in less than 20 minutes of use. Thanks #apple I am glad a paid $400 to make perfect etched circles on my more expensive furniture. Guess I can not move it now to cover up the mark. Evil geniuses you are. #applesupport pic.twitter.com/eZng16barS

I'm sorry, but this web blurb does not waive Apple's responsibility for any ruined furniture. No consumer should have to worry about a speaker ruining the surface on which it is placed -- that is not normal. Instead, Apple should be issuing a voluntary recall and setting aside money to pay for the refinishing of all furniture already ruined by HomePod.

The next step is to redesign the HomePod with materials that are safe for all surfaces. If that is not immediately possible, the company should create some sort of iCoaster on which the HomePod can sit, and pack it in with the speaker. Until then, it is simply irresponsible to keep selling the speaker as-is.